In conversation with fellow delegates 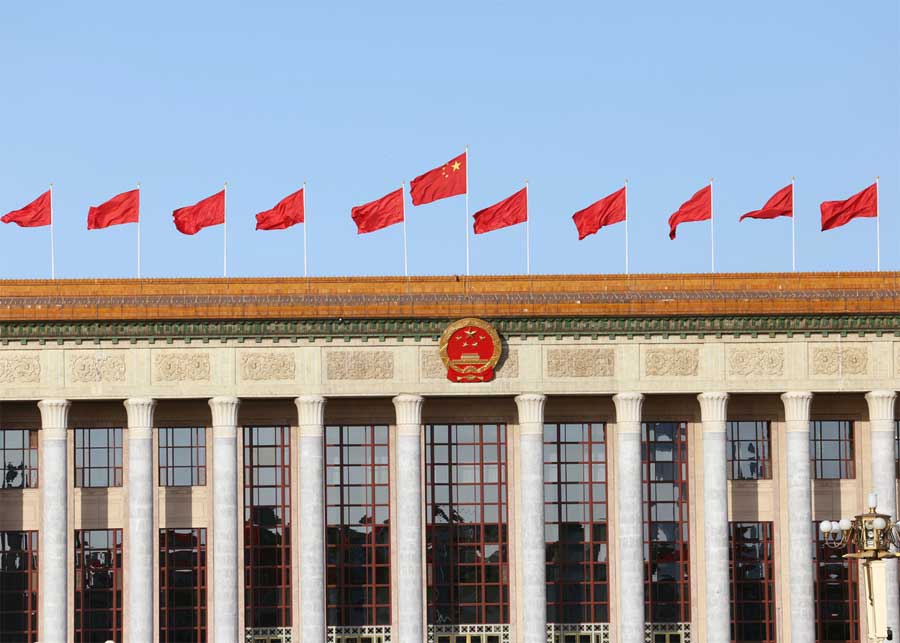 BEIJING: A key item on the tight schedule of Xi Jinping, general secretary of the Communist Party of China (CPC) Central Committee, during the Party’s five-yearly national congress is his participation in group discussions as one of the over 2,000 congress delegates.

During such a discussion earlier this week at the Guangxi Zhuang Autonomous Region delegation, Xi called on all Chinese people to stay united as “one piece of adamantine iron” for national rejuvenation.

The discussion was not just about grand strategies to rejuvenate China. It went into details. Conversing with the delegates from Guangxi, Xi offered his advice to a tea plantation, inquired about the ticket policy of a well-known park and wondered how much a master technician earns.

As casual as the chat may have appeared, it focused on a key aspect of the report Xi delivered to the congress — the CPC’s commitment to achieving common prosperity, an essential requirement of Chinese modernization.

Zhu Xuelan, Party chief of a Yao ethnic village, told Xi how the development of the tea industry transformed her village, which was once impoverished.

Zhu, who comes from a family of master tea-makers, has led the villagers in boosting their average annual income to more than 20,000 yuan (about 2,778 U.S. dollars).

“The tea industry is very promising,” Xi said, before offering his counsel. “In the next step, you will need to build your brand and make the business thrive.”

Zhu’s fellow villagers in Shanping were among the nearly 100 million Chinese who had been lifted out of poverty over the past decade. Under China’s targeted poverty alleviation campaign, the achievement is considered a feat unparalleled in human history.

“We are fully confident in and committed to attaining common prosperity under the CPC’s strong leadership,” Zhu said.

Zhou Jiabin, Party chief of Guilin, home to one of the most picturesque mountains in the world, briefed Xi on the city’s efforts to preserve environment while improving the people’s livelihoods.

Zhou informed Xi that the city has done away with entry tickets for the iconic scenic spot Xiangbi Shan, or Elephant Trunk Hill, as part of the city’s efforts to become a global tourist destination.

“Is the ticket exemption policy temporary or for the long run?” Xi asked. “It will be free for good,” Zhou replied, as Xi nodded in appreciation.

“The scenic beauty of Guilin is the best in the world,” Xi said, citing the catchphrase for the city. “Guilin shall thrive on its natural endowment.”

The Lijiang River, which flows through the city, holds a special place in Xi’s heart. He had visited the city when he was 13.
In his mind, pristine rivers and a profusion of jumping golden carp were “too good to be true,” and he has always cherished the importance of nature.

Over the past decade, historic changes have taken place in ecological and environmental protection. Across the nation, people enjoy bluer skies, greener mountains, and cleaner waters

In the report to the Party congress, Xi also said the modernization China pursues is one that boasts harmony between humanity and nature.
“We shall not only set our mind on developing the economy. Protecting the Guilin mountains and waters well would be a deed truly worthy for the country,” Xi said in the group discussion.

“This demonstrates the development and transformation of China,” Xi said, expressing his delight in the progress.
Zheng, who now runs his own workshop in Guangxi Auto and helps develop machinery and train technicians for the company, is one of the grassroots delegates from the “front line of production and work,” which account for more than one-third of the 2,296 elected delegates to the congress.

Displaying his curiosity about the benefits of industrial workers, Xi asked for more details about Zheng’s professional life.
Zheng said without the country’s favorable policies, vocational school-trained workers like him would never have the chance of becoming senior technicians.

“How is your income?” Xi went on to ask

While he did not reveal the figures, China’s per capita disposable annual income has, overall, risen from 16,500 yuan to 35,100 yuan over the past decade. The country has over 400 million middle-income earners, the largest in the world.

China’s manufacturing sector is also the largest in the world. And Xi has a particular interest in further boosting the sector.

“For China to achieve modernization, we must develop the manufacturing industry and the real economy,” he said. “We must change our mindset, and nurture more industrial workers.”

Monday’s group discussion lasted about an hour and a half, and before it ended, Xi delivered a pep talk on China’s new journey ahead.

The entire Party and all the Chinese people need to unite under the banner of the Party, and “stay committed to the common goal and work together to steer the giant ship of our great rejuvenation, braving winds and waves, toward its destination,” Xi said. -Xinhua.

Life in China is safer than ever, thanks to efforts

People’s sense of security has been significantly improved over the past decade, and China has been recognized as one of the safest countries in the world, a senior public security official said on Wednesday.

China has one of the lowest homicide rates – 0.5 cases per 100,000 people – one of the lowest crime rates and it is among the nations with the fewest gun-related cases in the world, Xu Ganlu, vice-minister of the Ministry of Public Security, said at news conference on the sidelines of the ongoing 20th National Congress of the Communist Party of China.

Compared with 2012, the number of cases involving eight major crimes, including homicide and rape, decreased 64 percent in 2021, according to statistics.

“People’s sense of security has been significantly improved. According to the surveys conducted by the National Bureau of Statistics, the sense of security reached 98.6 in 2021, up 11 percentage points from 2012,” he said.

While creating a safe and stable social environment for economic development, public security organs nationwide have adhered to a people-centered development philosophy and have taken the initiative to reform public security management, household registration management, entry-exit management and other aspects closely related to public life.

The time for the approval and issuance of 60 administrative licenses has been greatly shortened, and various policies and measures have facilitated study, work and production for people and enterprises, he said.

In the past five years, these policies have saved people about 220 billion yuan ($30.5 billion), according to Xu.

While safeguarding national security and maintaining social stability, law enforcement agencies have made great sacrifices. In the past 10 years, 3,799 policemen died and more than 50,000 policemen were wounded in the line of duty, he added. -Courtesy: China Daily

BEIJING: The report delivered by Xi Jinping, general secretary of the Communist Party of China (CPC) Central Committee, to the 20th CPC National Congress on Sunday unveiled a blueprint for advancing the rejuvenation of the Chinese nation on all fronts through a Chinese path to modernization.

Chinese modernization, which is socialist modernization pursued under the leadership of the CPC, is dynamic and distinctive to the Chinese setting.

People’s well-being and harmony have been seen as two underlying principles for the modernization of the Chinese economy and society, which employs a holistic approach that benefits not just a select few but everyone.

It contains elements that are common to the modernization processes of all countries, but it is more characterized by features that are unique to the Chinese context. As the report said, it is the modernization of a huge population, of common prosperity for all, of material and cultural-ethical advancement, of harmony between humanity and nature, and of peaceful development.

In contrast, the Western capitalist model of modernization that resorted to aggression, colonization and expansion is polarized and materialistic, leading to the vast gap between the affluent and the poor. China’s pursuit of modernization aims for equality, allowing all Chinese people to enjoy prosperous, healthy, and culturally-rich lives.

This is evident from China’s monumental achievements in poverty alleviation. Over 770 million have been lifted out of poverty since China’s reform and opening up began in the late 1970s, and nearly 100 million in the past decade, perhaps the greatest victory over poverty ever in the history of humankind.

The CPC places a high value on the Chinese people’s interests, happiness and well-being, and stresses no one shall be left behind, and this is reflected in the outstanding successes achieved in areas such as economic growth, green development, improvement of education, job creation, and enactment of policies involving elderly and child care.

Just as the report said, “We must protect the people’s fundamental interests, improve their well-being, and work tirelessly to ensure that development is for the people and by the people and that its fruits are shared by the people. We must do a better job of seeing that the gains of modernization benefit all our people fairly.”

At the opening of the congress, Xi emphasized the importance of unity among all CPC members in building China into a great modern socialist country in all respects and advancing the rejuvenation of the Chinese nation on all fronts through a Chinese path to modernization.
However, in order to achieve modernization in a huge developing nation such as China, there is neither a precedent nor a predetermined path. Only exploration and adherence to one’s own way can be deemed a pragmatic approach.

The success of China’s own modernization efforts serves as a compelling reminder that there is more than one road to achieving modernization, and every nation has the right to pursue its own path to modernization, one that takes into account the specifics of its own history, culture, economy, and other factors. No modernization model should be regarded as the only model, nor is there a single standard for modernization that fits all.

As China’s route to modernization broadens, the country’s growth prospects will improve and the global community will reap additional benefits.

In its pursuit of modernization, China, as the world’s most populous and largest developing nation, has also stressed the promotion of social values such as mutual respect, mutual assistance, and mutual trust, which will be a boon to world peace and harmony.

Insights from the Chinese model of modernization are highly relevant to the global quest for alternate paths to modernization, and China’s success story can contribute to accelerating global human development and serve as an inspiration for other countries to map out their own plans for growth and for the international community to work for a better future. -Courtesy: China Daily 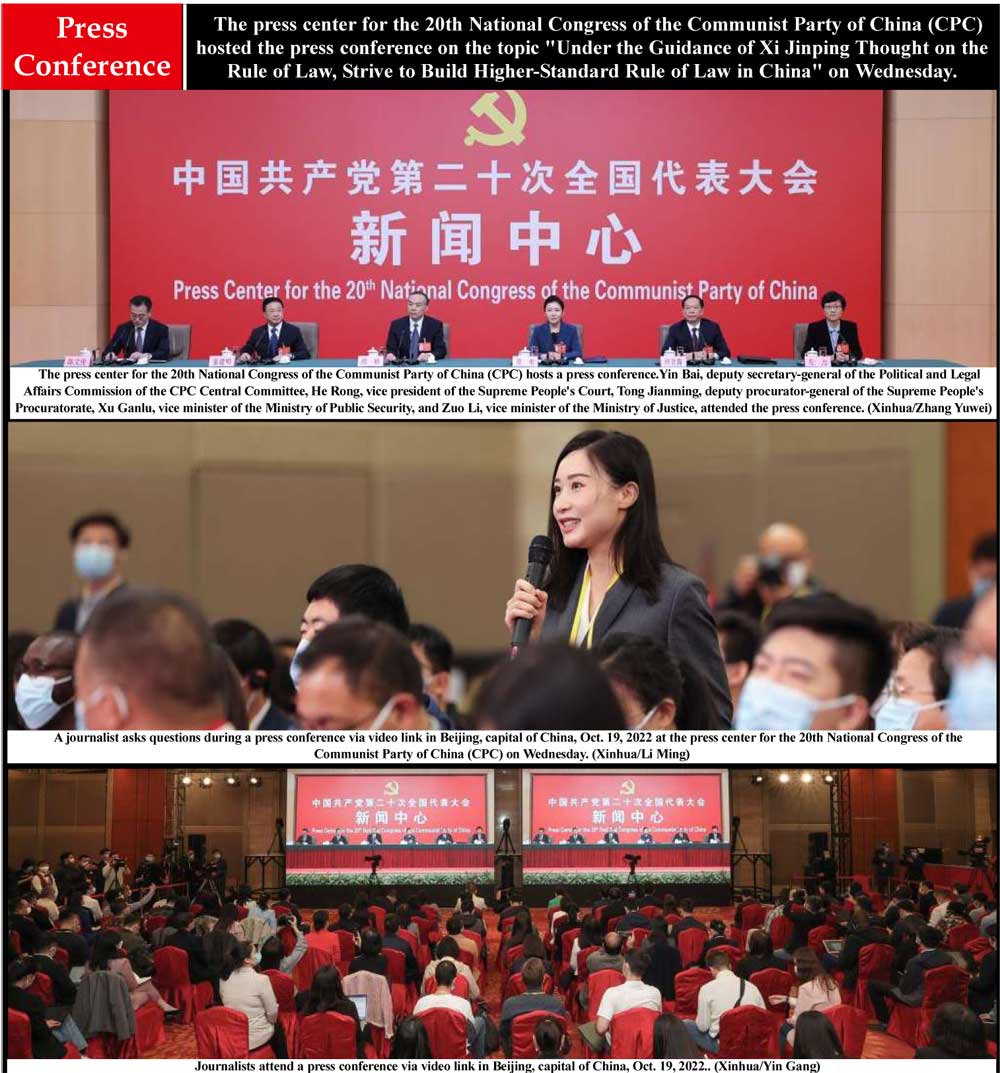