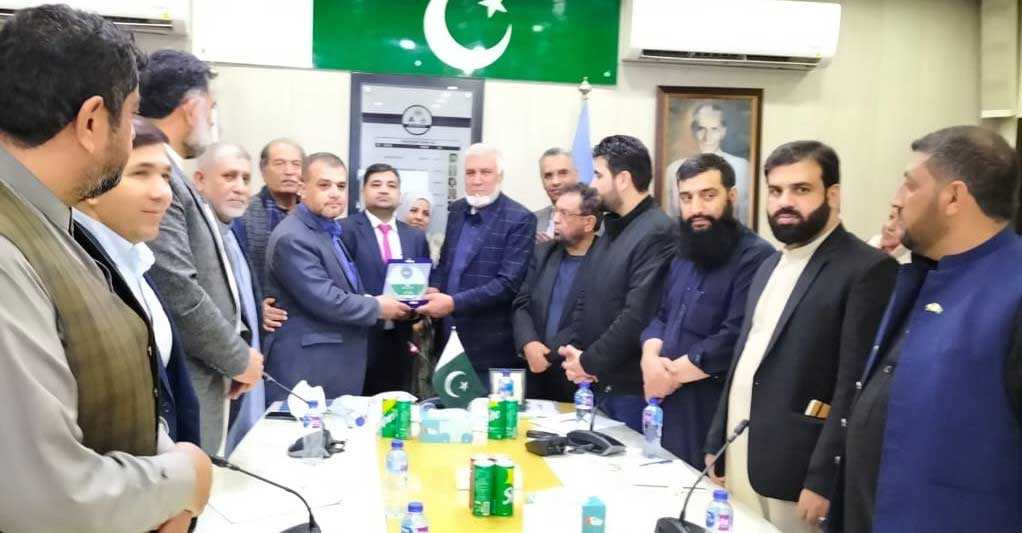 ISLAMABAD: PAJCCI’s recent efforts to strengthen B2B relationship between Pakistan & Afghanistan was well received by Afghan delegation. Co-Chairman PAJCCI, Khan Jan Alokozai appreciated the PAJCCI’s unrelenting efforts since last 5 years to build sustainable trade between the two countries by involving all Chambers and various forums, says a Press release.
Afghan delegation arrived 0n 14th February in Islamabad, led by Khan Jan Alokozai; Co-Chairman PAJCCI comprising leading Afghan businessmen and members of various Afghan Chambers. The delegation has arrived in Lahore to participate in the first session of Stakeholders meeting being held on 16th February 2022. Later the delegation will go to Islamabad to attend the second part of series of stakeholders meeting being held tomorrow (Thursday).
The delegation’s Tuesday’s visit to Sundar Industrial Estate, Quaid-i-Azam Business Park, Quaid-i-Azam Industrial Estate, Kot Lakhpat followed by dinner along with leading businessmen from Lahore and trade associations was termed as highly successful. The visit to Industrial Estates and meetings with Lahore business community has given first hand exposure of investment & joint venture possibilities to Afghan businessmen.
Zubair Motiwala, Chairman PAJCCI commented that the exchange of trade delegations will pave way for sustainable B2B relationship and will increase trust amongst business community of both countries having interacted in person and by visiting. These kinds of exchanges will not only increase trade volume between the two countries but will open trade ways to CAR and beyond important for the regional trade balance and closing the gap left by previous trading partners.
He reiterated that PAJCCI will continue to involve all forums at B2B and G2G levels to facilitate business community on both sides and also both governments in building strongest possible trade, economic, social and humanitarian relationship. He also shared PAJCCI’s view of extending the relationship across CAR and other regions to increase legal trading activities to curb hostile and unlawful practices.
He requested GOP to develop cohesive policy for trading with Afghanistan, banking services and business friendly visa regime. There are huge opportunities for cross border investments, joint ventures and barter trade across this vast geography covering CAR.
PAJCCI has been instrumental in formation of various committees at government level and has been participating in the meetings of PAK-AF Parliamentary Friendship Committee, conducted several meetings with various Chambers in Pakistan, provided updates and facilitation to business community, keeping both governments informed of issues and solutions.

If intentions are right one can do good for the community