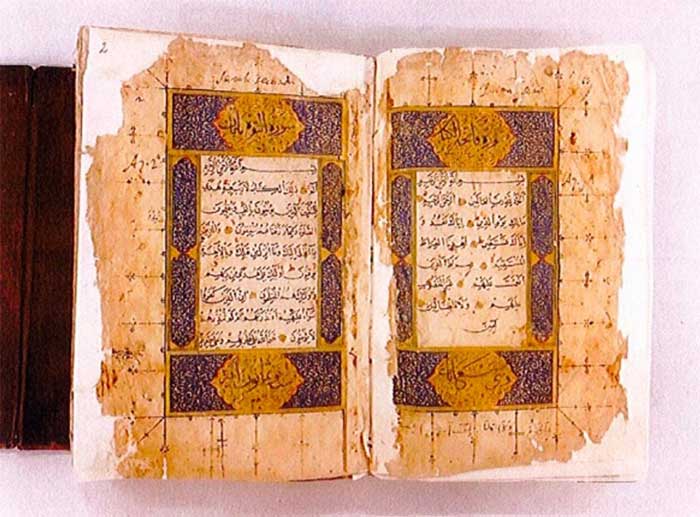 DUBAI (UAE): The 41st Sharjah International Book Fair (SIBF) is offering all visitors the opportunity to explore and read centuries-old rare Arabic and Islamic manuscripts and books – some dating to the 13th century CE, and which will be showcased for the very first time in the Middle East.

Through a special exhibition at the 12-day cultural extravaganza, SIBF 2022 will unveil and trace the role of knowledge in the rise and growth of Arab civilisation.

The collection of rare manuscripts comprises embossed and gilded pages copied from the Holy Quran that dates back to the 15th and 16th centuries. A 17th-century cosmology manuscript titled ‘Miracles of Existence, in addition to explanatory texts also features architectural illustrations related to the scientific content will also be on display.

The exhibition will also include a rare genealogy manuscript featuring the family tree of Prophet Mohammed (SAAW).

Another manuscript is part of Firuzabadi’s Al Qamus Al Muhit, one of the most acclaimed Arabic dictionaries from the 14th century CE. A 13th-century manuscript by Makki bin Abi Talib Al Quaisi on the sciences of the Quran titled Uncovering The Faces of The Seven Readings is the oldest manuscript at the exhibition.

The exhibition will also showcase renowned Greek historian Herodotus’ book titled ‘Historical Deeds of the Greeks and Barbarians Through the Life of Homer’, featuring 10 maps and extensive notes, one of which is a map of Ancient Egypt with clear indication of the Pyramids of Giza, as well as centuries-old Sumerian tablets and papyrus manuscripts from the ancient Library of Alexandria.