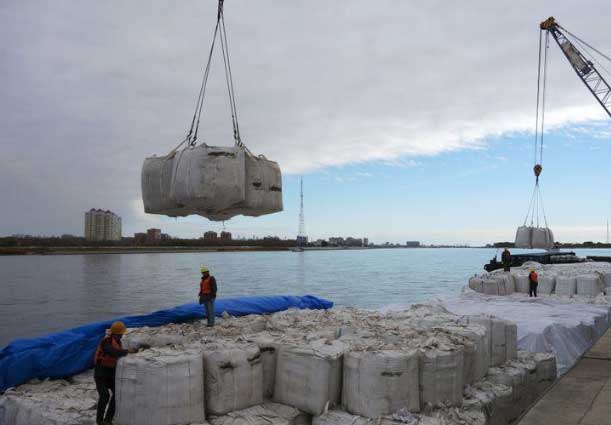 BEIJING: China’s August soybean imports from Brazil rose 10.9% from the same month last year, customs data showed on Monday, while shipments from the United States fell sharply.
China, the world’s top importer of soybeans, brought in 9.04 million tonnes of the oilseed from Brazil in August, up from 8.15 million tonnes a year earlier, data from the General Administration of Customs showed.
Soybeans are crushed for soybean meal to feed China’s livestock and for soyoil for cooking. Chinese crushers stepped up soybean purchases last year to meet strong demand as the country rebuilt its pig herd after it was decimated by deadly African swine fever.
In contrast, imports from the United States last month fell to 17,575 tonnes, down 89.4% from 166,370 tonnes in August 2020.
Chinese buyers bought four to six bulk cargoes of Brazilian soybeans early last week, amid concerns among global importers that U.S. shipping delays in the wake of Hurricane Ida could last well into the peak season for U.S. exports.
Ida made landfall in Louisiana in late August before dissipating in early September.
Overall, China imported 9.49 million tonnes of soybeans in August, slightly down from 9.6 million tonnes a earlier.