6 January, 2021 will be remembered as the darkest day in the history of United States of America as well as in the world when under a well planned scheme the great pillar of preacher of democracy smashed the doors and windows of democracy deliberately when representatives assembled together to formalise the presidential election results, hundreds of rioters armed with sticks chanting slogans in support of Donald Trump’s victory seeking to overthrow President elect Joe Biden electoral victory stormed the Capitol by pushing aside temporary barricades and breaking the security cordon. This was result of instigation of President Donald Trump who has been calling present elections fraud from the day voting started to overturn the well earned majority of the Americans who wanted a definite change of guards. The storming of symbol of Americans pride the Capitol building honour and dignity brought to shame throughout the world resulted in the death of women, a police officer and three others. It is a mystery as to why Donald Trump chose this dirty method of transition. It is true that election debate also fell short of decency and uncalled for remarks against President elect Joe Biden. On the other hand Joe Biden adopted a positive posture and never used any indecent word or made rude remark. What happened at the hands of Donald Trump shall now become part of American history.
Attack on Capitol reflects that US Constitution needs further study to introduce amendments to ensure such incidents are not repeated. It is in no way victory for Donald Trump but failure of both the houses, it was not attack on Democrats but failure of congress. If we analyse historic events we shall see that Trump spent more than an hour on his long speech repeating his false claims that election was stolen through voter fraud. He called on to VP Pence to reject the Electoral College votes knowing well that Pence has no authority. If he had acted he would be clearly defying the congress and the constitution. Trump went to the extent to warn pence that supporters would walk down to the Capitol to register protest against Republicans who would refuse to overturn the results. Donald Trump’s son was more furious. The speech energised the crowd and they started moving towards the Capitol building with small number of police, the crowd became violent with Trump flags and broke the police corridor and entered the building. What followed was fully captured by cameras and eyes that witnessed scenes inside the Capitol in more than two hundred years. They ransacked law makers offices as many as they could throw their papers files wildly scattered around in the corridor and everywhere. Law makers in fear and panic were told to lie down until they were escorted to safety.
Some people were seen criticising and saying where was police, why special arrangements were not made, why crowd was allowed to come so close to Capitol. How could the administration interfere with the instructions of President of USA who was in fact ordering them and issuing warnings to all not to accept the result? This incident has proved beyond any doubt that it was massive security lapse on the party of GOP in protecting the life and property of Capitol requires for detailed inquiry it has otherwise resulted in the death if five innocent lives. While this was happening Joe Biden condemned the attack and said” This is not dissent, its disorder. It’s chaos. It borders on sedition, and it must end now. I call on this mob to pull back and allow the works of democracy to go forward. He also called on Trump to go on national television and” demand an end to this siege. It had an effect Trump released a short video from Washington in response to Joe Biden speech, instead out rightly condemning the riot the president expressed support for his followers and said “I know your pain, I know you are hurt. We had an election that was stolen from us. It was a land slide election and everyone knows it, especially the other side. But you have to go home now. We have to have peace. His speech was dismissed. A better sense prevailed when Republican Senators watching this drama announced they would drop their objection. This paved the way for smooth counting and announcement of the result in favour of Joe Biden.
Large books can be written on Trump, he earned bad name from all the corners including Republicans some calling for his impeachment and some suggesting that he should resign, to conclude Trump will be remembered destroyer of democracy who destroyed party, cost House, Senate and white House. 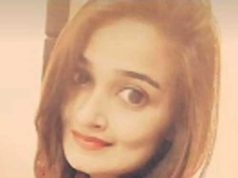 5 Aces to overcoming pandemic for CMOs