What is the Form of Value or Exchange-Value  Now Karl Marx defines the
”Commodities come into the world in the shape of use values, articles, or goods, such as iron, linen, corn, &c. This is their plain, homely, bodily form. They are, however, commodities, only because they are something two-fold, both objects of utility, and, at the same time, depositories of value. They manifest themselves therefore as commodities, or have the form of commodities, only in so far as they have two forms, a physical or natural form, and a value form.”
Karl Marx, ‘Das Capital’, Progress Publisher’s Moscow, USSR 1971. Third edition Vol-1st, Page No: 32.

”The reality of the value of commodities differs in this respect from Dame Quickly, that we don’t know “where to have it.” The value of commodities is the very opposite of the coarse materiality of their substance, not an atom of matter enters into its composition. Turn and examine a single commodity, by itself, as we will, yet in so far as it remains an object of value, it seems impossible to grasp it. If, however, we bear in mind that the value of commodities has a purely social reality, and that they acquire this reality only in so far as they are expressions or embodiments of one identical social substance, viz., human labour, it follows as a matter of course, that value can only manifest itself in the social relation of commodity to commodity. In fact we started from exchange value, or the exchange relation of commodities, in order to get at the value that lies hidden behind it. We must now return to this form under which value first appeared to us.”
Ibid; 32
Adams, John and Sabiha Iqbal, Experts, Politics and Economic Development in Pakistan, 1987.
Aftab, Khalid and Eric Rahim, The emergence of a Small Scale Engineering Sector: The Case of Tubewell Production in the Pakistan Punjab’, Journal of Developmental Studies. Vol. 23, No. 1, 1986.
Ahmad, Viqar and Rashid Amjad, The Management of Pakistan’s Economy, 1947-1982, Oxford University Press, Karachi, 1984.
Belokrenitsky, Vyacheslav, Captalism in Pakistan; A History of Socioeconomics Development, Patriot Publishers, New Dehli, 1991.
Ercelawn, Aly and Muhammad Nauman, Bonded in Labour in Pakistan, ILO Working Paper, ILO, Geneva, 2001.
Ercelawn, Aly and Muhammad Nauman. ‘Unfree Labour in South Asia: Debt Bondage at Brick Klins in Pakistan’, Economics and Political Weekly. Vol. 39, No. 22, May 22, 2004.
”Every one knows, if he knows nothing else, that commodities have a value form common to them all, and presenting a marked contrast with the varied bodily forms of their use values. I mean their money form. Here, however, a task is set us, the performance of which has never yet even been attempted by bourgeois economy, the task of tracing the genesis of this money form, of developing the expression of value implied in the value relation of commodities, from its simplest, almost imperceptible outline, to the dazzling money-form. By doing this we shall, at the same time, solve the riddle presented by money.
The simplest value-relation is evidently that of one commodity to some one other commodity of a different kind. Hence the relation between the values of two commodities supplies us with the simplest expression of the value of a single commodity.”
Ibid:32 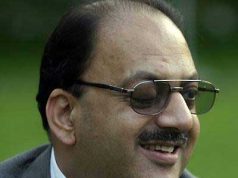 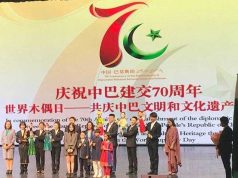 Ship breaking is an important source of steel