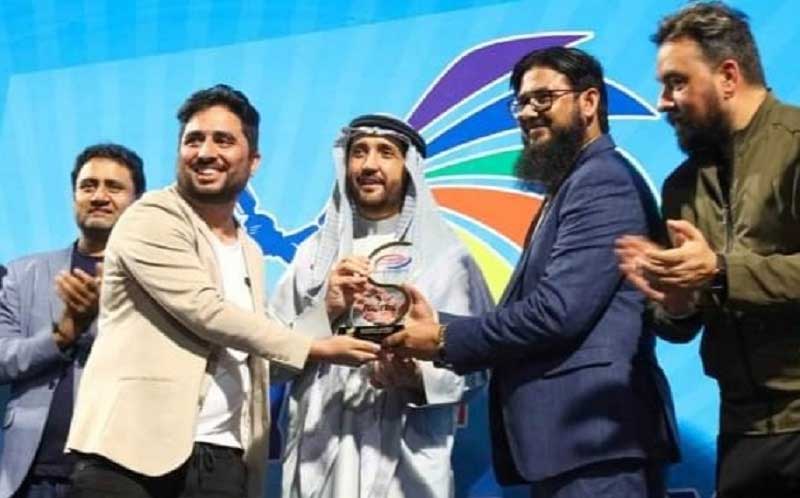 Suhail M. Al Zarooni was the guest of honor in for the evening and presided over the award distribution ceremony. While addressing the ceremony He congratulated the champions for winning the title. He also praised the efforts of Mr. Naveed Ahmed (Chairman) and Khawar Latif (Vice Chairman) in organizing such a mega event in the history of tape ball cricket.

Naveed Ahmad Chairman Superfix Championship Tape Ball Cricket tournament announced that second edition of tournament will come next year and praised the efforts of all management team to make it happen.
Khawar praised the efforts of Naveed to come with the thought of organizing such a mega event first time in the history of tape ball cricket with teams coming from different countries and all mega stars of Tape Ball cricket were playing under one roof.

Two Umrah Packages were also given via lucky draws for the audience. Two lucky winners were Muhammad Azeem and Umer Farooq. Kids were also entertained via magic show from Magician Omar. Event was packed with the audience from multiple nationalities and almost all walk of life. Famous TikTok stars were also present in the ground who provided photo opportunity to the spectators.

Superfix Tournament management is thankful to all the spectators, Media and stars who came to stadium for the two days event and make it successful.