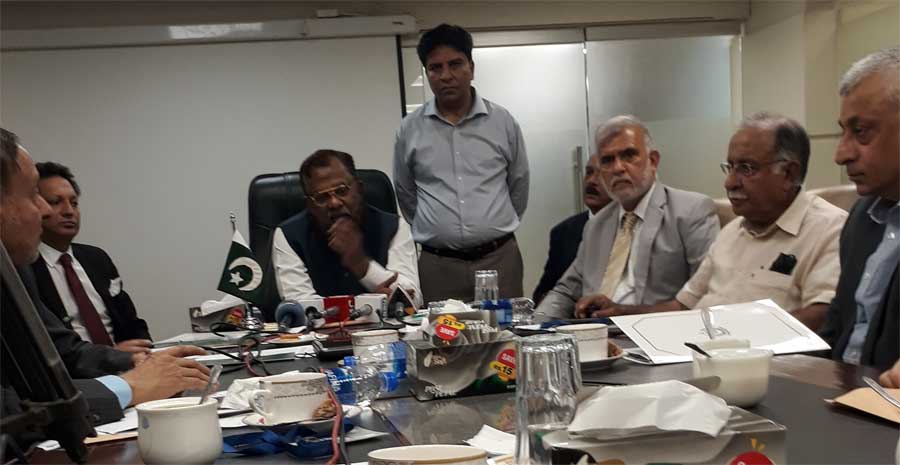 KARACHI: Federal Tax Ombudsman promoting good governance in tax Administration. Since its inception and has redressed thousands of Complaints of taxpayers by speedy justice, said by Dr Asif Mahmood Jah (Sitara-e Imtiaz & Hilal-e-Imtiaz) in his presentation organized for the media here Thursday in Regional Tax office at NICL building.
Addressing the media in his presentation, he said that this year 2800 complaints were registered out of them 2600 cases are decided while rest of 200 complaints are passing through the process of investigation, Our many issues are solved on telephone, discussed one of the swift action case releasing of heavy consignment at Port Qasim. He said that you people will realize our performance from last year when there were 3200 complaints and 2857 were decided.
He said that we also resolved that the media workers who are low paid journalists brought relief from us who have 600,000 per annum income.
FTO Dr. Asif Mahmood also informed the media about a bogus refund case of 123 million by inland revenue officials at Sialkot Dryport and now they have appealed to President of Pakistan, Arif Alvi for relief because the President is the only authority here.
FTO aggressive expansion plan is in progress, before me, there were 7 offices of the tax ombudsman, now we have 11 offices and 12th one will start working soon in Balochistan.
Moreover, he said that our motive is to facilitate Tax payers and to take action against corrupt FBR officials. Provided relief to the general public as well as to the business community by resolving thousands of refund issues.
He awarded appreciation certificates to taxpayers and FBR officials on the basis of performance, while he praised Pak-Suzuki, who recently imposed a 17% tax and provided relief to their customers.
Notable businessmen joined as FTO Tax advisors including Ismael Suttar, Engineer Jabbar and Nazim Haji are facilitating the FBR and business community.
The president has a right of appeal, which led to the refund of 10,000 tax payers. PBC workers who are low paid journalists brought relief of Rs 600,000 per annum.
Responding in the question-answer session he disclosed that the induction of digitization/E-system is the solution for the betterment of this sector and there will be no more manual work found in FBR.