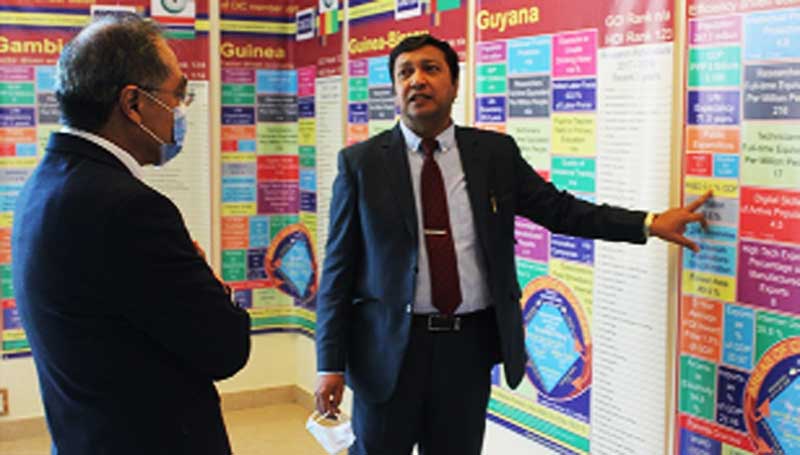 ISLAMABAD: Adam M. Tugio, Ambassador of the Republic of Indonesia, visited COMSTECH Headquarters. Prof. Dr. M. Iqbal Choudhary, Coordinator General COMSTECH warmly received him and gave him a tour to the COMSTECH facility. Dr. Iqbal briefed him on the state-of-the-art facilities available at COMSTECH headquarters, says a Press release.
The Coordinator General took the distinguished guest to the poster exhibition site and highlighted the current economic status of Indonesia by describing him the poster of Indonesia displayed there. COMSTECH has prepared one poster of each OIC member state highlighting key socio-economic, and scientific development indicators.
Prof. Choudhary briefed the Ambassador on the current COMSTECH activities and future programmes and vision for the socio-economic uplift of the OIC member states by the application of modern technologies.
Prof. Choudhary requested the Excellency to arrange visits of OIC scholars to OIC center of excellence in vaccine technology in Bandung, Indonesia. The Ambassador proposed to organize exhibitions of technologies developed in leading OIC countries to fight against COVID-19 pandemic. He also proposed to collaborate in the applications of IT-based technologies for the effective vaccination process.
Adam M. Tugio, appreciated the current programmes of COMSTECH and the vision for the future. Prof. Choudhary presented a shield of memento to the Ambassador.