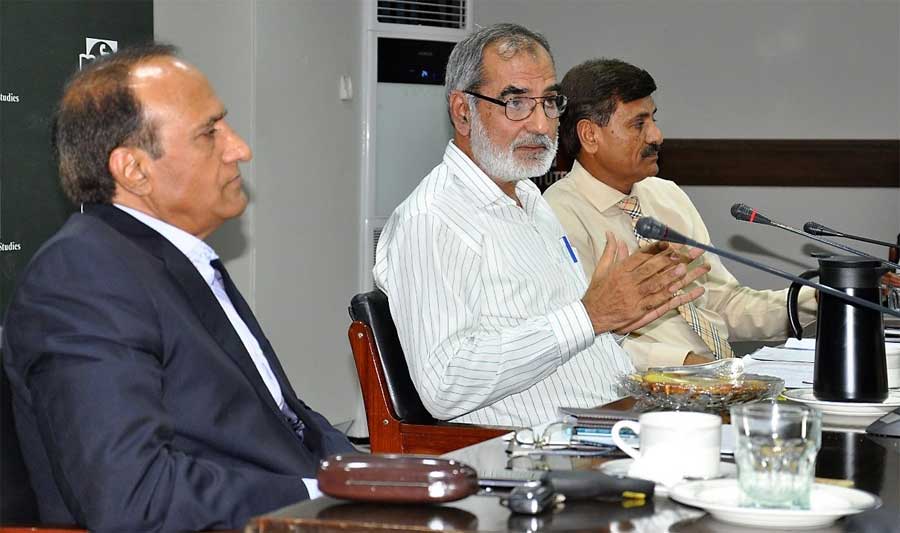 ISLAMABAD: It’s an opportune time for Pakistan to give due attention towards developing relations with a number of African countries so far ignored, especially in the Central African region, in foreign policy through a clear strategy, an informed approach, and consistent program with a strong focus on the private sector supported by the public sector, says a Press release.

These observations emerged during a roundtable, titled Central Africa: An Untapped Region, Prospects and Challenges, organized by the Institute of Policy Studies (IPS), Islamabad, under its ‘Understanding Africa Program’.
The discussion was addressed as the main speaker by Ambassador (Retd) Imran Yawar and moderated by Dr. Saif Malik, senior research fellow at IPS.

The speakers and discussants underscored the need to forge a foreign relations policy, based on multi-sectoral connectivity and the facilitation of interactions between business-to-business and people-to-people between African states and Pakistan.
Ambassador Yawar stated that the contributions of Pakistan in the decolonization of many African states and the UN peacekeeping missions in the African continent have created immense goodwill for Pakistan over the years. However, unfortunately, Pakistan has not been able to capitalize on it, largely because of an Africa-blind mindset at the policy level. This murky outlook has predominantly prevailed because of the eminence of challenges that mask the potential and prospects of Africa, the world’s richest continent.

Central Africa is one such region which is the continent’s least cohesive, least developed, and least stable part. Leadership and governance failures, interstate and intrastate conflicts,the influence of foreign actors, and humanitarian issues are the main interwoven challenges that foster instability and hinder socio-political and economic progress of the region, he added.
The former diplomat stressed that Pakistan should shed its narrow perspective of Africa, which has prevented it from benefiting from its already existing goodwill and potential in the region that presents a lot of opportunities for investments in various sectors.

In his concluding remarks, Khalid Rahman highlighted that Pakistan’s policy approach should be based on furtherance of leadership diplomacy, multi-sectoral connectivity, interaction and visibility, proper diplomatic presence, parliamentary exchanges, and consistency to tap into the goodwill and potentials in Central Africa and Africa as a whole, while also taking into account the global governance issues.

In this regard, the foreign policies and initiatives must be developed with a consistent vision and concrete outlook to engage with Africa meaningfully. Moreover, in order to shift the mindset, efforts are required at multiple levels involving the role of media, top-notch leadership, academicians, and think tanks. Awareness at the grassroots level is equally necessary to change the myopic mindset regarding the African continent.

The prevalent scenarios also present an opportunity for a comprehensible common strategy about the global governance issues, which are common to Africa and Pakistan, he added.