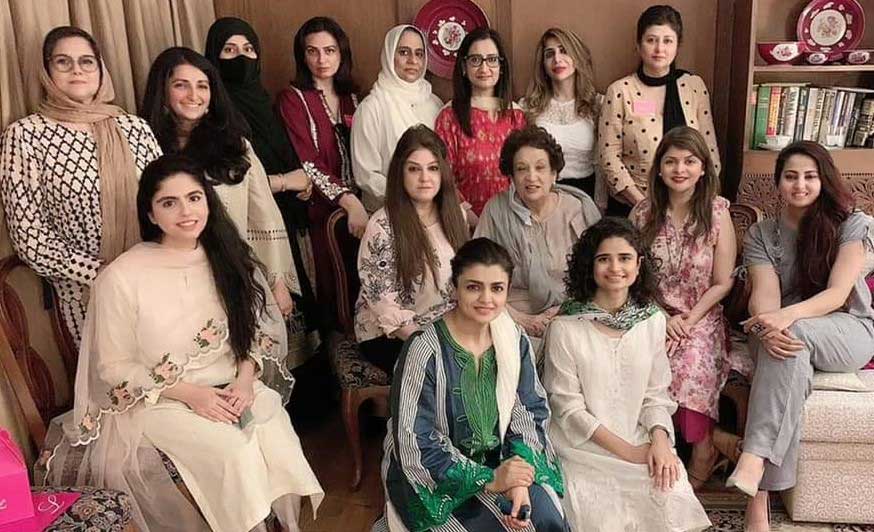 LAHORE: LadiesFund launched a small network of women trailblazers across sectors in Lahore, to complement their growing network across Pakistan. 2014 LadiesFund Lifetime Achievement Award winner Souriya Anwar, founder of SOS Children’s Villages Pakistan, hosted the intimate gathering of dynamic women in her palatial home. Begum Anwar, who has been wanting LadiesFund to come to Lahore for several years, was thrilled to be a part of this soft launch, says a Press release.
Attendees included Quratulain Ibrahim (MD, AC Neilson), architect Rafia Ilyas, attorney Sahibzadi Mahoor Anwar, Sadaf Rehman (co-founder, Codeschool.pk), Chevening Scholar Sahar Alamgir, Saman Hamid Qureshi (Overcraft and cloud kitchens), beautician Tanzila Khan, among others.
The initial women were selected for their diversity of career paths and interests, their drive to not just be good but great in their professions, and their united commitment to the sisterhood philosophy of LadiesFund, where women support each other in success. The event included formalized power networking followed by a relaxed tea where the foundations for professional friendships were laid.
“We’re getting women like you involved in LadiesFund because you are the role models for other women,” stated Begum Anwar. “I am honoured to host this because I think LadiesFund is a tremendous initiative and we need this platform in Lahore.”
“We’ve curated this initial invitation of women in Lahore very carefully so that we will grow by members nominating women they know, respect and admire,” stated Tara Uzra Dawood, President, LadiesFund, “so we will grow together, organically.”
LadiesFund is planning for its first year in Lahore quarterly gatherings hosted by iconic award winners, and to launch its first power lunch in Lahore shortly.