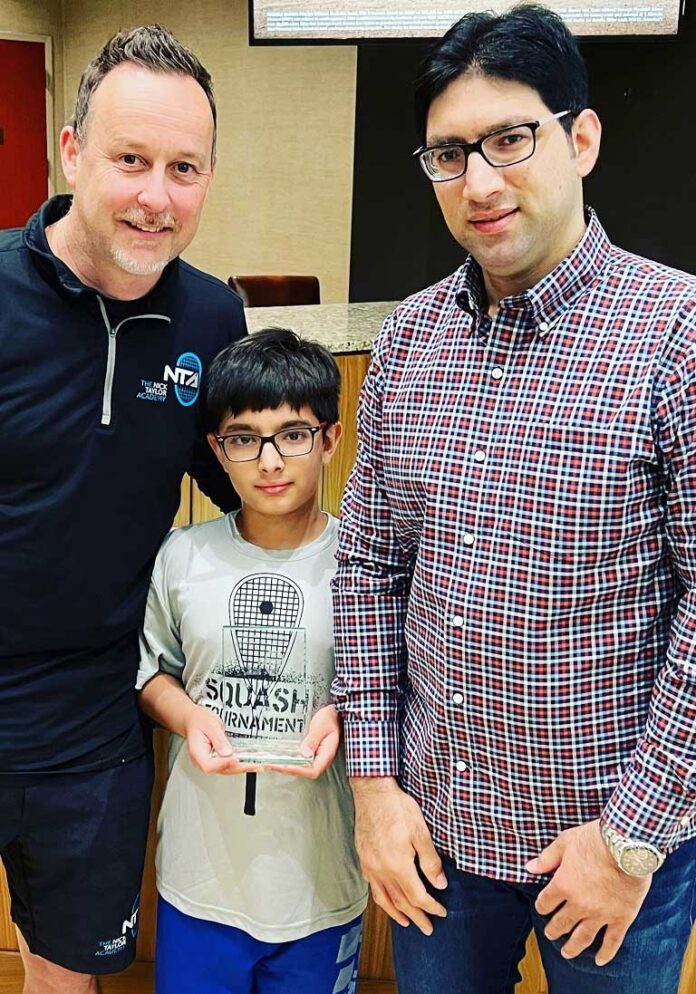 KARACHI: Muhammad Ayaan Khalid MAK Atlas won silver medal in Metro West Boston Summer Junior Silver in the United States of America.
M Ayaan has started his squash career by participating in this event where he contested in the under-11 category and reached the finals and managed to win first medal of his career.
Ayan belongs to the family of Squash Legends from Peshawar, Pakistan. He is a son of former Captain of Pakistan’s Squash Team Khalid Atlas Khan and grand son of former world no. 2 Mohib Ullah Khan and British Armature Finalist Atlas Khan.
“Ayaan is 10 years old and student of Grade 4. He is currently living in the USA with his parents and he is trained by his father Khalid Atlas at LifeTime Athletic Club, Burlington, USA.
“Ayaan is very talented and has capabilities to show podium performances. He will be participating in two more US sanctioned tournaments next month,” said Khalid Atlas, who is ASF Level-II and WSF Level-1 Qualified Coach while WSF & ASF Level-1 Qualified Tutor.