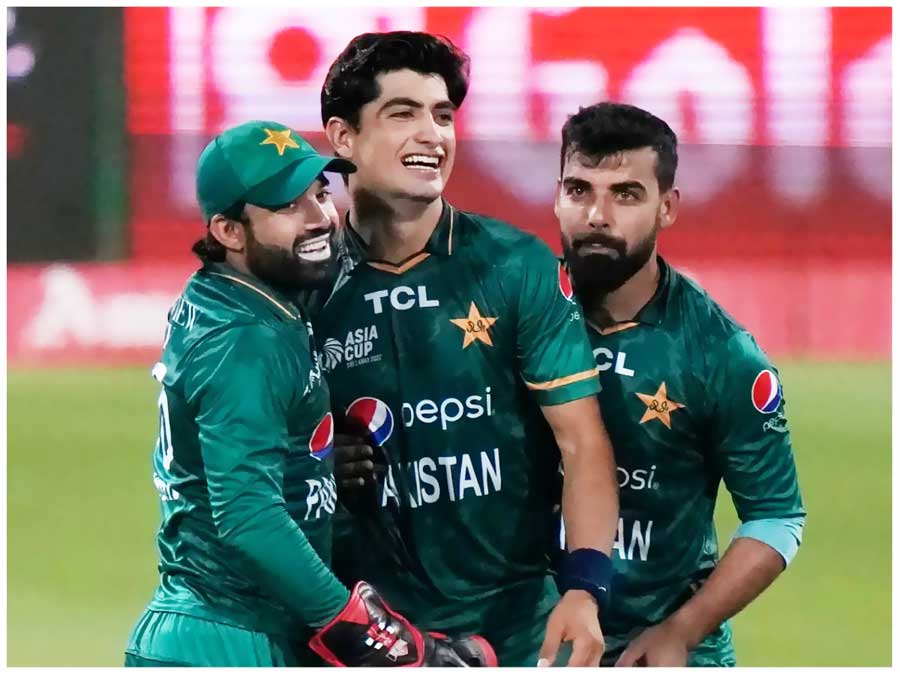 DUBAI: Pakistan needed 11 runs in the last over to win the match with just one wicket in hand, it was Naseem Shah’s 2 consecutive sixes against the bowling of Fazalhaq Farooqi which gave Pakistan a stunning victory by one wicket against Afghanistan at Sharjah Cricket Stadium Wednesday.
Pakistan and Sri Lanka will now meet in the final of Asia Cup 2022, Sunday.
Chasing a target of 130 to win Pakistan was under pressure after losing Babar Azam early and due to some fine bowling by Afghanistan.
Shadab Khan who was promoted in batting order played a good innings scoring 36 runs off 26 balls. Iftikhar Ahmed made 30 and Mohammad Rizwan scored 20.
Naseem Shah remained unbeaten for 14 runs.
Fazalhaq Farooqi and Fareed Ahmed took 3 wickets each while leg spinner Rashid Khan took 2 wickets.
Earlier put into bat, Afghanistan scored 129 runs for the loss of 6 wickets. Ibrahim Zadran made 35 and Hazratullah Zazai scored 21.
Pakistan bowlers dominated against the Afghan batters and did not gave opportunity to score freely, as Afghans lose wickets at different intervals. Haris Rauf took 2 wickets.