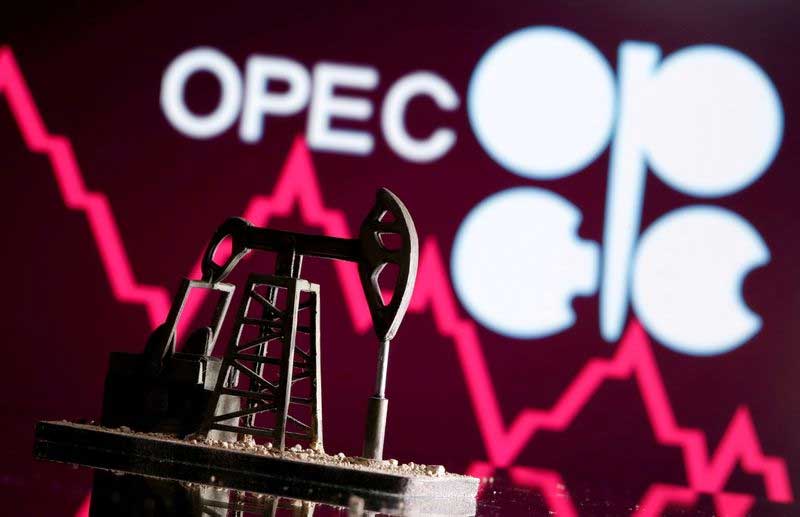 DUBAI: The OPEC+ alliance is set for an easy meeting this week as it cruises to the conclusion of a two-year pact on oil supplies. The respite won’t last long.
When it gathers on Wednesday and Thursday, the 23-nation group led by Saudi Arabia is expected to rubber-stamp another production increase scheduled for August, completing the reversal of vast output cuts made at the outset of the pandemic in 2020.
But in the weeks ahead, the deliberations of the Organization of Petroleum Exporting Countries and its partners will grow more complicated. They must weigh pressure to cool $110-a-barrel prices by filling in the supply gap created by sanctions on fellow member Russia against the need to marshal their dwindling reserves of spare production capacity.
The eventual decision may hinge on next month’s visit to the kingdom by US President Joe Biden, who is reversing an initially tough diplomatic stance against Riyadh in the hope of enlisting its help in taming inflation and isolating Moscow. In the mean time, the Saudis are enjoying a spectacular revenue windfall of $1 billion a day.
“This week’s OPEC+ virtual meeting will stick to the script and proceed as planned,” said Helima Croft, chief commodities strategist at RBC Capital Markets. “The key question is what will the group do with its remaining spare capacity given the very limited number of barrels available.”
Oil prices have soared more than 60% this year as crude production and refining facilities around the world fail to keep pace with the post-pandemic recovery in fuel demand. On top of that, the backlash against Russia over its invasion of Ukraine poses the biggest supply disruption in decades.
The rally is threatening to tip a fragile global economy into recession, while battering consumers with unprecedented gasoline prices, which in the US have risen above $5 a gallon during the peak holiday driving season causing political peril for Biden.
The Saudis have shown some willingness willing to help soften the pain.