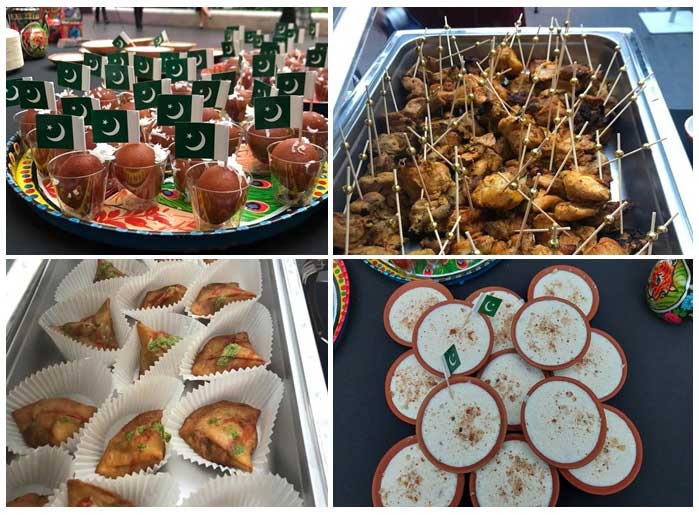 WASHINGTON DC: Pakistan won the 2nd place for the People’s Choice Award at the 2022 Embassy Chef Challenge held at Smithsonian Museum in Washington, D.C. The event was part of the 2022 Events DC International City Food Festival organized to celebrate food, culture and entertainment highlighting the diverse communities in the capital city of the United States, says a Press release.

“This is the third time that Pakistan has joined the Embassy’s Chef Challenge and it’s a great opportunity to celebrate our cuisine, bridge cultural differences and foster international understanding as well as showcase Pakistani products,” said Ambassador Masood Khan.

Winning a place among top three People’s Choice Awards depicts our cuisine’s strong international appeal to international palates and we hope to bring our culinary diplomacy to even greater heights, he added.

As one of Washington’s leading international culinary events, the Embassy Chef Challenge brought together chefs representing different embassies to prepare their country specific cuisine and compete for the Judges’ Choice and People’s Awards. In the latter category, guests at the event select the winner after food tasting.

Announced in 2009, Culture Tourism DC’s Embassy Chef Challenge is a long standing, friendly competition between embassy chefs from around the world, during which participating embassies showcase the unique flavors of their home countries in a delicious, diplomatic culinary contest. With more than 40 embassies in attendance, 2022 Challenge offered an International immersive foodie experience to Washingtonians.

The Embassy’s participation was coordinated by the Cultural Section of the Embassy led by Maliha Shahid, Embassy’s Press & Culture attaché and Hassan Rabbani, Head of Chancery and supported by local sponsors including National Foods and Savera Works.