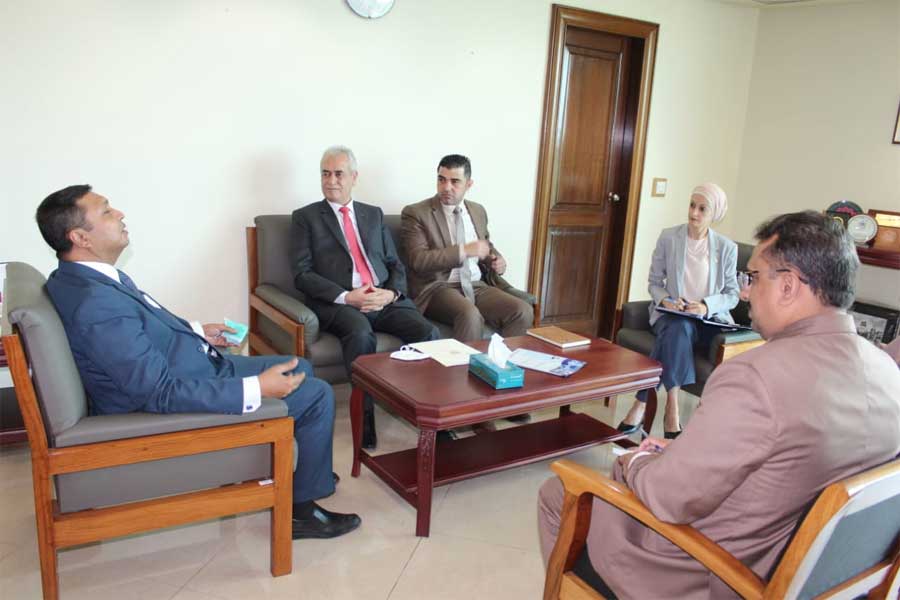 ISLAMABAD: The Ambassador of Palestine, Ahmed Jawad A. Rabaei visited COMSTECH on the invitation of the Coordinator General COMSTECH, Prof. Dr. M. Iqbal Choudhary to discuss the mechanism for execution of 500 scholarships for Palestinian students recently and explore avenues of mutual cooperation in the area of science and technology, says a Press release.
Prof. Choudhary informed that the programme management unit has been established at COMSTECH to execute this programme. He said, that Palestinian students would be fully facilitated for enrollment in Pakistani universities. Prof. Choudhary also mentioned that online education facilities would also be provided to Palestinian students by Pakistani universities.
Prof. Dr. M. Iqbal Choudhary, Coordinator General, COMSTECH said that Palestinian people are under aggression and siege by occupant forces. They have limited access to higher education and research facilities. Over seven decades of occupation has systematically destroyed educational and socio-economic infra-structures of Palestinian state. In order to support them, COMSTECH launched a special program offering research fellowships, technicians training & workshop participation grants for Palestinian students.
Rabaei appreciated COMSTECH announcement of scholarships and fellowships for Palestinian students and assured full participation of Government of Palestine and Embassy of Palestine in scholarship program and its further facilitation for implementation of this programme. The Ambassador, on the behalf of government and Palestinian people, thanked COMSTECH, APSUP and member institutions of COMSTECH-MOFA Consortium of Excellence for offering 500 scholarships for Palestinian students.
He appreciated the efforts and support extended by the Prime Minister and Foreign Minister of Pakistan to Palestinian people. The Ambassador offered one million Olive trees to COMSTECH for plantation in universities and institutions that have offered these scholarships. COMSTECH and the embassy of Palestine agreed to work together expeditionary to chalk out the modalities of the work program. Both the dignitaries exchanged souvenirs of memorandum.
The senior officials of COMSTECH were also present in the meeting.