KARACHI: The inflow of workers’ remittances has registered 26 percent growth to $21.47 billion during the first nine months (July-March) of the current fiscal year 2020-21, State Bank of Pakistan (SBP) said on Monday.
The inflow of remittances was $17 billion during the same period of the last fiscal year, said the SBP. The SBP said that workers’ remittances extended their unprecedented streak of above $2 billion for the 10th consecutive month in March 2021.
Remittances rose to $2.7 billion in March 2021, 20 percent higher than last month and 43 percent higher than March 2020.
Cumulatively during July-March FY 21, remittances have risen to $21.5 billion, up by 26 percent over the same period of FY20.
The Saudi Arabia and United Arab Emirates (UAE) continued to maintain the top spots as key contributors of remittances to Pakistan for the fiscal year 2021, central bank data showed.
“Remittance inflows during Jul-Mar FY21 were mainly sourced from Saudi Arabia ($5.7 billion), United Arab Emirates ($4.5 billion),” the SBP said in the statement.
In the third and fourth spots are overseas Pakistani workers from the United Kingdom and the United States who remitted $2.9 billion and $ 1.9 billion.
The SBP said that proactive policy measures taken by the government and the SBP to encourage more inflows through formal channels, limited cross border travel, medical expenses and altruistic transfers to Pakistan amid the pandemic, and orderly foreign exchange market conditions were “continuing to contribute to this sustained rise in workers’ remittances.” – TLTP 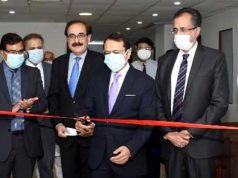 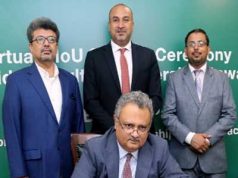 PSX to remain closed for 10 days due to Eid, weekly holidays