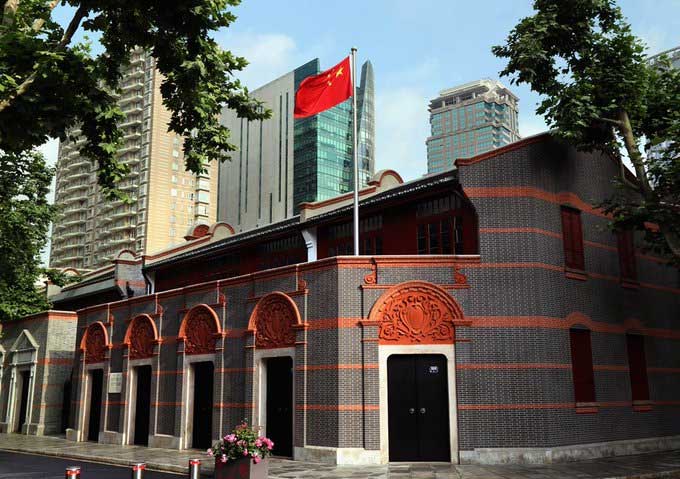 Regrettably, the correct line adopted at the Party’s Eighth National Congress was not fully upheld. Mistakes were made such as the Great Leap Forward and the people’s commune movement, and the scope of the struggle against Rightists was also made far too broad. Confronted with a grave and complex external environment at the time, the Party was extremely concerned about consolidating China’s socialist state power, and made a wide range of efforts in this regard. However, Comrade Mao Zedong’s theoretical and practical errors concerning class struggle in a socialist society became increasingly serious, and the Central Committee failed to rectify these mistakes in good time. Under a completely erroneous appraisal of the prevailing class relations and the political situation in the Party and the country, Comrade Mao Zedong launched and led the Cultural Revolution. The counter-revolutionary cliques of Lin Biao and Jiang Qing took advantage of Comrade Mao Zedong’s mistakes, and committed many crimes that brought disaster to the country and the people, resulting in ten years of domestic turmoil which caused the Party, the country, and the people to suffer the most serious losses and setbacks since the founding of the People’s Republic. This was an extremely bitter lesson. Acting on the will of the Party and the people, the Political Bureau of the Central Committee resolutely smashed the Gang of Four in October 1976, putting an end to the catastrophic Cultural Revolution.
From the founding of the People’s Republic to the eve of reform and opening up, the Party led the people in completing the socialist revolution, eliminating all systems of exploitation, and bringing about the most extensive and profound social change in the history of the Chinese nation and a great transformation from a poor and backward Eastern country with a large population to a socialist country. Despite the serious setbacks it encountered in the process of exploration, the Party made creative theoretical achievements and great progress in socialist revolution and construction, which provided valuable experience, theoretical preparation, and material foundations for launching socialism with Chinese characteristics into a new historical period.
Through tenacious struggle, the Party and the people showed the world that the Chinese people were not only capable of dismantling the old world, but also of building a new one, that only socialism could save China, and that only socialism could develop China.

IV. A New Era of Socialism with Chinese Characteristics

Following the Party’s 18th National Congress, socialism with Chinese characteristics entered a new era. The main tasks facing the Party in this period are to fulfill the First Centenary Goal, embark on the new journey to accomplish the Second Centenary Goal, and continue striving toward the great goal of national rejuvenation.
The Party Central Committee with Comrade Xi Jinping at its core has implemented the national rejuvenation strategy within the wider context of once-in-a-century changes taking place in the world. It has stressed that the new era of socialism with Chinese characteristics is an era in which we will build on past successes to further advance our cause and continue to strive for the success of socialism with Chinese characteristics under new historical conditions; an era in which we will use the momentum of our decisive victory in building a moderately prosperous society in all respects to fuel all-out efforts to build a great modern socialist country; an era in which Chinese people of all ethnic groups will work together to create a better life for themselves and gradually realize the goal of common prosperity; an era in which all the sons and daughters of the Chinese nation will strive with one heart to realize the Chinese Dream of national rejuvenation; and an era in which China will make even greater contributions to humanity. This new era is a new historic juncture in China’s development.
Chinese communists, with Comrade Xi Jinping as their chief representative, have established Xi Jinping Thought on Socialism with Chinese Characteristics for a New Era on the basis of adapting the basic tenets of Marxism to China’s specific realities and its fine traditional culture, upholding Mao Zedong Thought, Deng Xiaoping Theory, the Theory of Three Represents, and the Scientific Outlook on Development, thoroughly reviewing and fully applying the historical experience gained since the founding of the Party, and proceeding from new realities.
To be Continued…