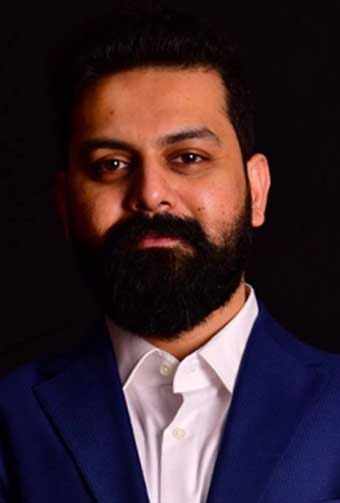 IT export is a drastic need of the country and the true potential
of Pakistan’s IT exports lies in training & development of our
youth: Omair Ahmed Siddiqui, President Salsoft Technologies

KARACHI: The IT Sector is one of the fastest growing sectors of Pakistan, contributing about 1% of the GDP of Pakistan or almost around USD 3.5 billion. It doubled in the past four years and experts expect it to grow a further 100% in the next two to four years to about USD 7 billion. Pakistani youth is playing a vital role to run this high-potential industry.

“Any study of human development is quite incomplete without considering demographic transition; a phenomenon likely to have a profound impact on Pakistan’s future, given its young population. Currently, 64 percent of the nation is younger than 30 and 29 percent of Pakistanis are between 15 and 29 (an age group which we define as the youth). Pakistan now has more young people than it has ever had, and this is forecasted to continue to increase until at least 2050.

But are we sincerely ready to transform this massive potential according to modern challenges? Youth has incredible power to transform a Country’s future. They could be the heavy-engines of development. Or their disillusionment could lead to significant social unrest.

Salsoft is keenly aware of this fact and hence we are training 50 to 60 new graduates every month on various modern technological skills. These trainees are then qualified for lucrative jobs in the IT industry or starting their own businesses with proven skills and dragging Pakistan ahead. IT export is a drastic need of the country and the true potential of Pakistan’s IT exports and revenue lies in training and development of our youth,” Omair Ahmed Siddiqui, President of Salsoft Technologies, tells TFD.

Salsoft Technologies provides a range of IT solutions and digital technology services to domestic & international clients established in 2001. They claim as one of the first companies which initiated developing Facebook apps in 2007, Two years later in 2009, it became the pioneer organization in the country to start iOS development. In 2021, Salsoft Technologies became an entity with 1500 employees. The company anticipates that this figure may increase even further in the next few years.

Omair added that “When I say training I don’t mean those traditional short courses or diplomas. Such kind of strategic training and skill development is required which could equip our genius youth to perform and bring business in the country from the international markets. Pakistan is changing rapidly along with the world. Most of the companies and Government are focusing to rely on the latest emerging technologies such as AI, Block-chain and Cloud Security. There is still a huge demand for smaller services and products in international markets for which more than 60% of our youth may be capable if the State decently trains them.”

India’s rapidly growing IT exports cannot be ignored, its Total exports of software services, including services delivered by foreign affiliates of Indian companies, increased by 15.9% during 2021-22 and stood at US$ 171.9 billion; local software business by foreign affiliates stood at US$ 15.2 billion, with the United States being the major destination. While Pakistan’s IT exports are expected to grow from $2.1 billion to an approximate $3.5 billion this fiscal year.

Despite having the best talent in the world, Pakistan is lagging far behind many countries including India in IT exports. When we asked Omair about the reason for this failure, he remarks that “Central framework is surprisingly missing to regulate Pakistani IT companies. An autonomous central body is urgently required which could operate as a State Bank model who professionally regulates all private banking policies and provides a proper operational framework for all banks. There is a drastic need to regulate the norms and culture of our IT industry otherwise it will get badly spoiled.”

President Salsoft Technologies Omair Ahmed Siddiqui shows serious concerns on lack of attention from the government in supporting the private sector who is a major contributor to IT exports. He urges government to take following immediate steps to provide support to IT industry of Pakistan:

” Provide IT parks, data centers and infrastructure at subsidized cost for IT companies to expand, as it is a highly Human-resource dependent sector and the need for infrastructure is never-ending.

” Negotiate with international authorities to establish internationally recognized payment gateways to Pakistan, so our clientele, products and services could get more confidence.

” The programs being launched by Pakistan Software Export Board (PSEB) in support of the IT sector are not reaching the grass root level, their promotion and access to the private sector is weak. All the members of PSEB should be gathered and informed about the initiatives that the government is taking in industry’s favor and how we can benefit from it. Periodic evaluation of all PSEB members is also necessary to monitor the performance of the sector and to make improvements.