The diplomatic relations between Pakistan and the People’s Republic of China were established in May 1951 under the guidance of Liaquat Ali Khan, the first Prime Minister of Pakistan. Since then, these relations have been growing steadily like iron brother deeper than Ocean and higher than the Himalayas. Today, the economy of China is second in the world.
In 2030 China might become the top economy of the world; China, no doubt, has made remarkable progress both economically and socially and has alleviated above 900 million people out of poverty which is amazing as no country in the world has reduced the poverty to such a large number in the recent history. The credit goes to the current leadership of Chinese President Xi Jinping and his comrades who are visionary and have decided to make China as the model of economic development for the world under Socialism adopted under the Chinese cultural conditions.
Earlier it was Mao Zedong who led the Communist Party of China (CPC) and established the People’s Republic of China laying down huge sacrifice in men and material. Chairman Mao Zedong infused spirit of hard work and dedication among the masses enabling them to lead the life of prosperity and well-being. The philosophy of CPC under Mao and now under President Xi Jinping still continues imbued with the spirit of socialism visibly marked by the Chinese characteristic. There were failures and obstacles and finally success to achieve the present goal of economic development.
Direct foreign investment came in a large volume pushing the Chinese economy further as well establishing fruitful trade relations with the trading partners of the world. 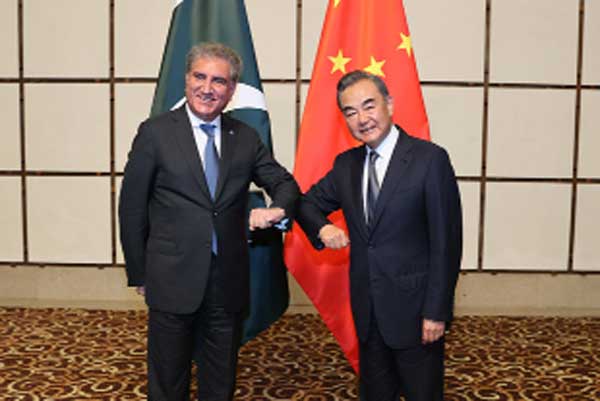 Pakistan is one of the countries with whom China has developed strong economic and political relations, the example being the China-Pakistan Economic Corridor (CPEC) as everyone knows in the world that CPEC is a game changer for Pakistan. This mega project has transformed the Pakistani economy almost in all sectors who are getting benefits of providing jobs to skilled and unskilled workers. In other words, it is also responsible for reduction of poverty.
It should also be mentioned here that international imperialism and their running dogs has been trying to create rift between China and Pakistan but I hope they will never succeed as the leadership of both the countries and its people are deeply united with the common vision of peaceful co-existence and non-interference in the affairs of each country.

Pakistan-China Friendship: It is a Valuable Strategic Asset