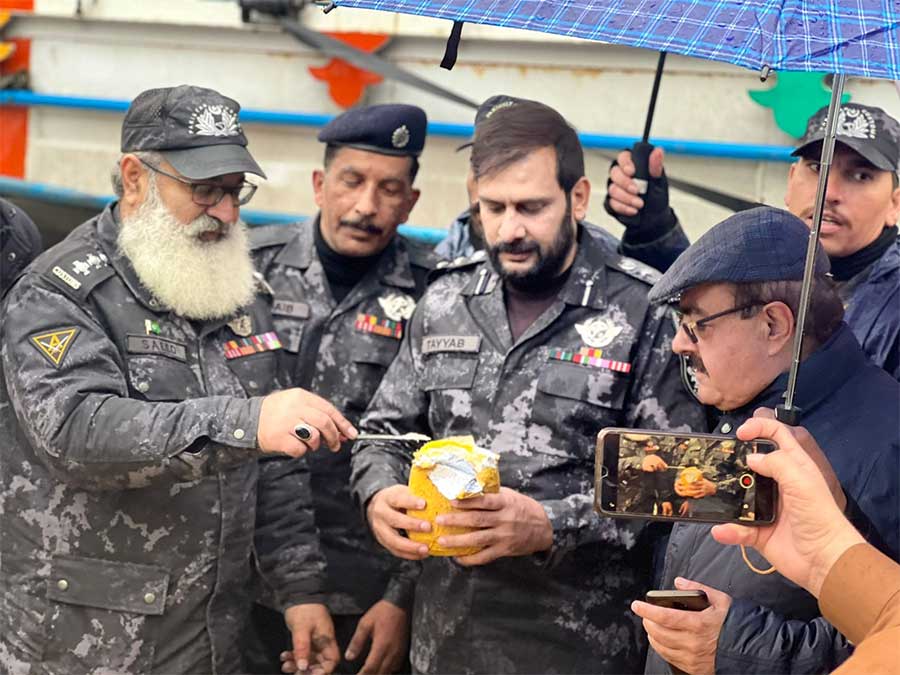 ISLAMABAD: Intensifying its ongoing crackdown against smuggling and in two back to back successful operations, Pakistan Customs (FBR) at Torkham has seized contraband goods of Rs.130 million.
In the first incident on Saturday, the Customs authorities upon credible intelligence at Customs Station Torkham checked a vehicle bearing registration no. KBL-827. After a detailed inspection, the Customs staff recovered narcotics consisting 7 kg of heroine and 2.5 kg of Ice from the fuel tank of the said vehicle. The approximate value of seized drugs is around Rs.100 million in the international market. The truck driver Rahem Khan, resident of Afghanistan, has been arrested for further legal proceedings.
Likewise, in another incident earlier Friday, a vehicle bearing no. 2020-09-0900 loaded with onions came to Pakistan from Afghanistan. It was found suspicious by Customs import staff posted at Customs Station Torkham. After thorough checking, the staff found a huge concealment of transit smuggled goods under an apparent layer of onions. They found 460 cartons of Milano Cigarettes, 50 bundles of suiting clothes, 8 cartons of firecrackers and 200 bags of onions. Total value of smuggled goods is around Rs30 million. An FIR has been lodged and further legal proceedings have been initiated against the culprits.
It is pertinent to mention that Federal Board of Revenue is following a policy of zero tolerance against smuggling and thereby has increased vigilance and surveillance of cargo movement across the border.
Finance Minister, Shaukat Tarin, has commended FBR for its successful anti-smuggling drive across the country. Likewise, Chairman FBR/Secretary Revenue Division, Dr. Muhammad Ashfaq Ahmed has appreciated Member Customs (Ops) FBR, Syed Muhammad Tariq Huda, in ensuring zero tolerance against smuggling of all shades and grades.
He has announced cash awards and merit certificates for the Customs Team posted at Torkham on conducting two back to back successful operations.
He further reiterated his unflinching resolve to fight the menace of smuggling across Pakistan in order to maximize tax compliance.

People excited to become Citizen Tax Ambassadors for the Revenue Board