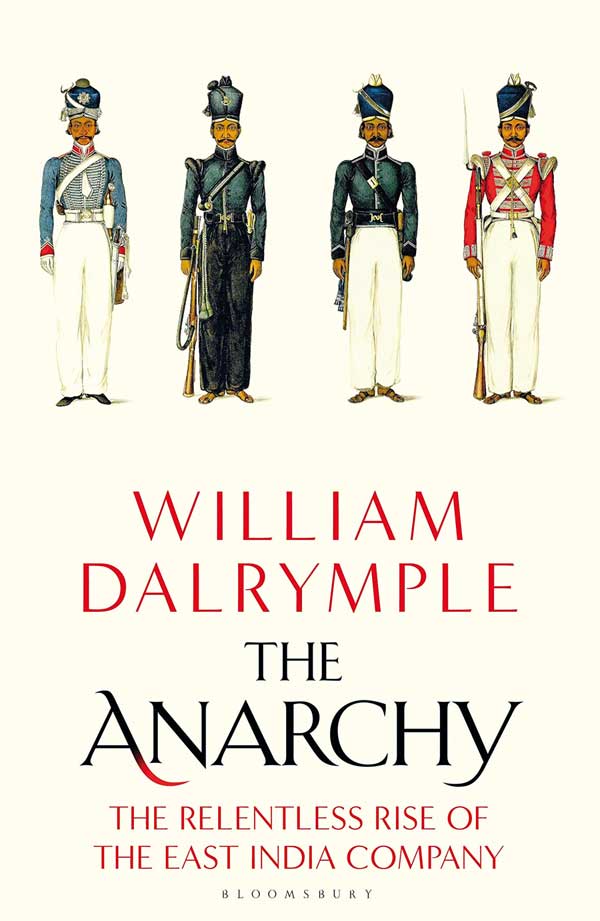 William Dalrymple has brought to fore the origins and history of how the East India Company spread its wings of influence and domination over the sub-continent in his riveting narrative, “The Anarchy: The East India Company, Corporate Violence, and the Pillage of an Empire.” Dalrymple traces the steps that facilitated the East India Company to transform India into a colonized state, which was an economic power of that era. The Company used its treacherous ways to take the natives of India towards destitution.
Interestingly, the East India Company’s business model and its operations are somewhat similar to the multinational corporations or the MNCs that exist today and that operate across the world. Investors’ interest is taken into consideration by these companies akin to how the East India Company pleased its investors in the 1500s.
As Dalrymple writes in the book’s introduction, “It was not the British government that began seizing large chunks of India in the mid-eighteenth century, but a dangerously unregulated private company… India’s transition to colonialism took place under a for-profit corporation, which existed entirely for the purpose of enriching its investors.”
Dalrymple writes about the origins of the Company in 1599. This began when some investors entered India to conduct trade. The Company accounted for nearly one million pounds in the 1750s. This was the time when the entire import trade of Britain was eight million pounds. The Company, as Dalrymple shares, was a thriving entity by 1802. It also had become a near-substitute to the Mughal Empire that was crumbling. As the Mughal Empire deteriorated further, the Company began exercising complete control over the administration and revenue of India.
The Anarchy is a heavily researched book that explores how the Western powers exercised their influence over India which was over six thousand kilometers away. In the 1500s, it required nearly a month or more to travel across such distances. One can imagine the level of planning and insights the Company already had to impose its will and command over India to pursue its objectives.
Divided into nine chapters, Dalrymple pursues his narrative with precision. He proves his mettle once again as a seasoned historian and a master storyteller as he treads across the various facets of history leading to the creation of the Company.
Dalrymple begins the first chapter, titled 1599, in an unorthodox, yet interesting way. He writes, “On 24 September 1599, when William Shakespeare was pondering a draft of Hamlet in his house downriver from the Globe in Southwark, a mile to the north, barely twenty minutes’ walk across the Thames, a motley group of Londoners was gathering in a rambling, half-timbered building lit by many-mullioned Tudor windows.” Here, Dalrymple introduces the readers to Sir Thomas Smythe, Auditor of the City of London, “who had made a fortune importing currants from the Greek islands and spices from Aleppo.”
Dalrymple’s The Anarchy also delves into the realities and the myths surrounding the rise of the East India Company and how it influenced the creation of the British Raj in India. The book will be beneficial for students, scholars, researchers, historians, academicians, and anyone who wants to know the truth behind the rise of the Company.

Pakistan-China friendship: It is a valuable strategic asset

The Crucial Time in Politics

Chairman PPP Bilawal Bhutto Zardar Has Warned President Arif Alvi of the Consequences If he Hindered the Process of Appointment of COAS,.