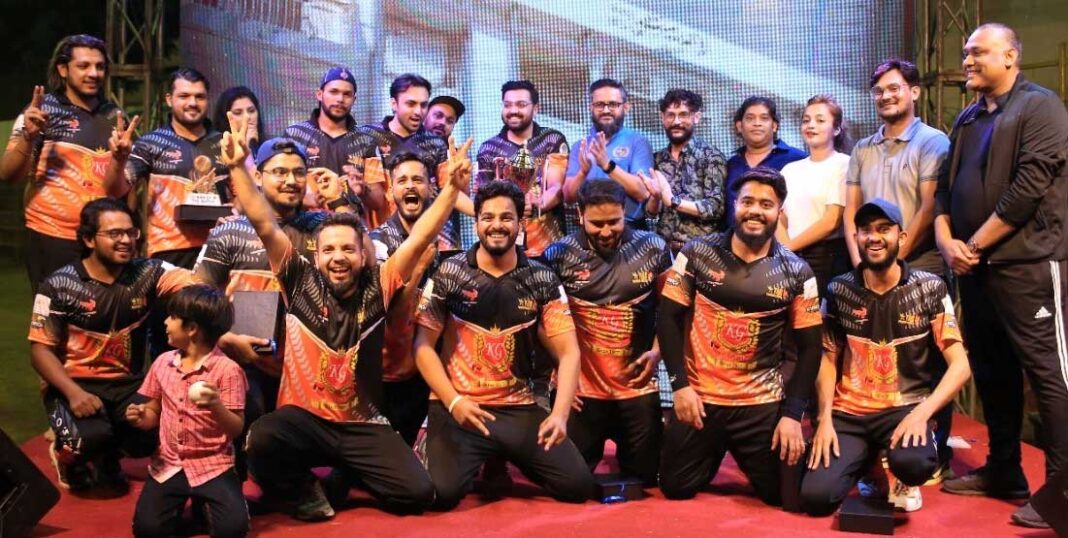 KARACHI: Asghar Ali Shah Cricket Stadium North Nazimabad organized a colourful cricket festival organized by Yuzi Brothers. Teams from Pakistan Stars, YouTubers, Tik Tokers and Media Warriors participated in the floodlights competition. After the league matches, Pakistan Stars and YouTubers qualified for the final. In the final, YouTubers batted first and scored 90 runs in the allotted overs.
Zakir Malik hit eight off 22 balls. He scored 56 runs with the help of sixes. In reply, Pakistan Stars scored only 35 runs in pursuit of the target. Test cricketers Asad Shafiq and Khurram Manzoor also represented Pakistan Stars but they failed to make their team the winner.
Chief Guest Kings Builders Chief Executive Officer Owais Thanavi said that such competitions are essential for building a healthy society.
“Cricket is a game that unites the nation. People play by forgetting differences, which teaches us a lot,” he said. “That’s why cricket unites the nation.”
Owais Thanavi said his organization would continue to lead such competitions. At the end of the event, special guest Owais Thanavi distributed prizes among the players.
Zakir Malik was declared the best player of the tournament for scoring three half centuries in the event. On this occasion, singer Mesha Ali also sang the title song of the event. At which the audience swayed.

Pakistan is victim of one man leadership: Dr Sirajuddin Aziz