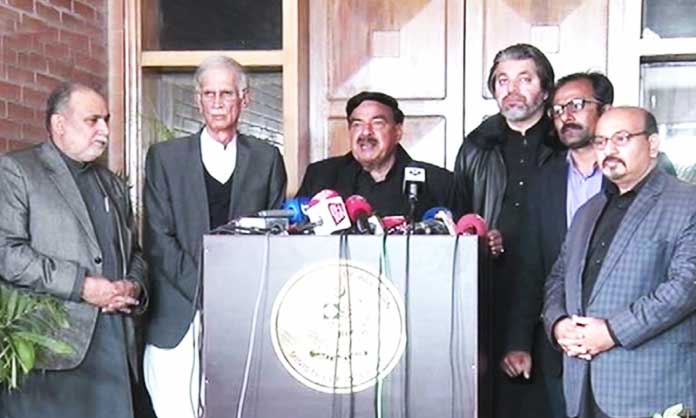 ISLAMABAD: The federal government on Thursday approved a 25 percent increase in salaries of protesting employees from grades 1-19 on an ad hoc basis and a notification has been issued by the Ministry of Finance in this regard.
In accordance with the agreement reached between the special committee constituted by the Prime Minister Imran Khan comprising Federal Minister for Defence Pervez Khattak, Federal Minister for Interior Sheikh Rashid Ahmed and Minister of State for Parliamentary Affairs Ali Muhammad Khan and representatives of the Federal Government Employees, the Finance Division has agreed to the following, in principle:
Disparity Reduction Allowance 25 percent of the basic pay shall be allowed to those civil employees in BPS (1-19) of the federal government who have never been allowed additional salary equal to or more than 100% of the basic pay (whether frozen or not) or performance allowance w.e.f. 01 March, 2021.
The posts BPS (1-16) or equivalent will be upgraded on the pattern of Government of Khyber Pakhtunkhwa w.e.f. 01 March 2021.
The grant of time-scale will also be considered for adoption on the same pattern in the next budget.
Adhoc Relief will also be considered to be made part of the basic salary w.e.f. July, 2021.
Provinces will be recommended for adoption of above from their own resources.
Earlier, Minister for Defence Pervez Khattak, Interior Minister Sheikh Rashid Ahmed and Minister of State for Parliamentary Affairs Ali Muhammad Khan at a news conference on Thursday.
He said that the provincial governments will also be recommended to provide the ad hoc allowance to their employees. Khattak said that Prime Minister Imran Khan has also directed provinces to address the demands of provincial government employees.
Interior Minister Sheikh Rashid said salaries of employees in scale 20 and above will also be increased in the next budget. He announced the release of all the detained employees and withdrawal of FIRs against them. – TLTP