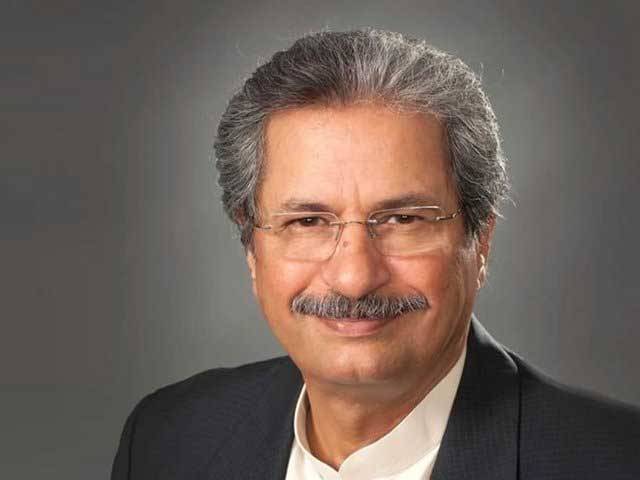 ISLAMABAD: The government has decided to pass all matricand intermediate students who appeared in exams this year in aninter-provincial meeting of education ministers headed by Shafqat Mahmood.
According to sources, it has been decided that all matric andintermediate students who would be unable to secure passing marks wouldbe awarded 33 per cent numbers.
“The decision was taken as a supplementary exam was not possible in thewake of ongoing COVID-19 situation in the country,” they said.
It has been further decided that matric and intermediate exams would betaken twice a year, skipping supplementary exams procedure from onwards.
“Matric exams will be held in May and June next year while new academicsession will begin from August,” they said while divulging details ofthe inter-provincial education ministers meeting headed by ShafqatMahmood.
Minister for Education Shafqat Mahmood clarified in July that no studentwill be promoted to the next class without examinations this year.
The federal education minister said that neither exams would becancelled nor postponed this year. “Let me make it clear that this yearnobody will be promoted without exams,” he said.
Putting an end to speculation about the cancellation of exams, Shafqatadvised students to focus on exams as exams are going ahead asannounced.
The matric and intermediate exams were held across the country understrict COVID SOPs during the period of June to August this year. – NNI