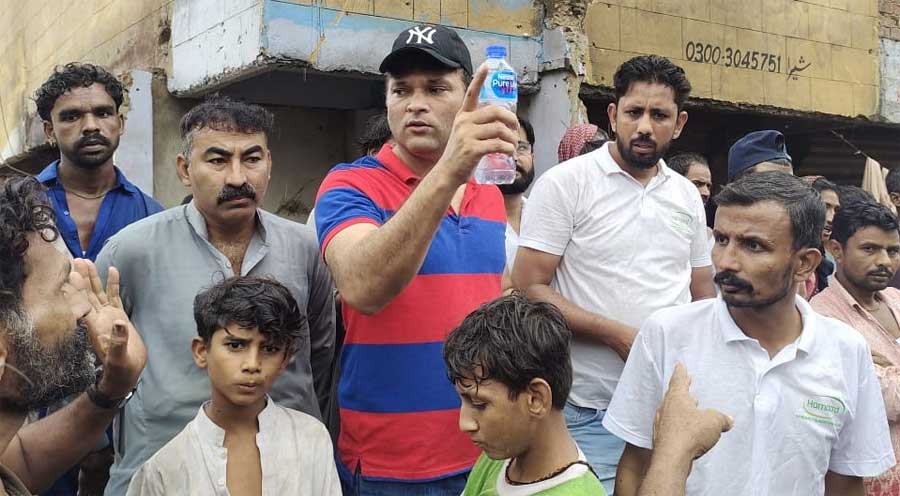 Hamdard Foundation Pakistan (HFP) said Thursday that it has started giving food to thousands of people in Sindh and other provinces who have been affected by monsoon floods. It also said that it planned to help people in other parts of the country in September.
Thousands of affected families in Karachi, Mathli, Thar District, Madinat al-Hikmah and its surrounding areas, Pasheen, Quetta, and its nearby villages and towns, and the Hyderabad district have received food ration bags. These bags have a large blanket, a necessary medical kit, and food staples like wheat flour, pulses, rice, vegetable oil, a large tea pack, biscuits, ready-to-use supplementary foods, and powder milk for children. The bag of food will last a family of six 15 days.
Flooding makes it hard to drive to some parts of Balochistan. With the help of Senator Samina Mumtaz Zahri, thousands of flood relief bags have been flown by helicopter to Lasbela and other places that were hit hard by the floods.
Also, HFP has been working hard to set up medical camps in the affected areas where locals can get free checkups and medicines.
Together with local government officials and reporters, HFP has done a quick first assessment in the affected areas to find out what people there need. So far, in addition to food, they need medical supplies, stoves, and a way to get rid of waste. This is because water-borne diseases like diarrhoea, skin diseases, and eye infections are spreading quickly in and around makeshift camps.
In a statement from HFP, its president, Ms. Sadia Rashid, said, “Like Shaheed Hakim Mohammed Said, HFP believes in the welfare and well-being of the whole nation.
Our country is having a tough time right now. Because of the monsoon rains, the country is in a mess. We must stay strong and step up to help people who need it. Hamdard Pakistan will keep coming up with new ways to help Pakistanis, since the only reason it was started was to serve Pakistan.