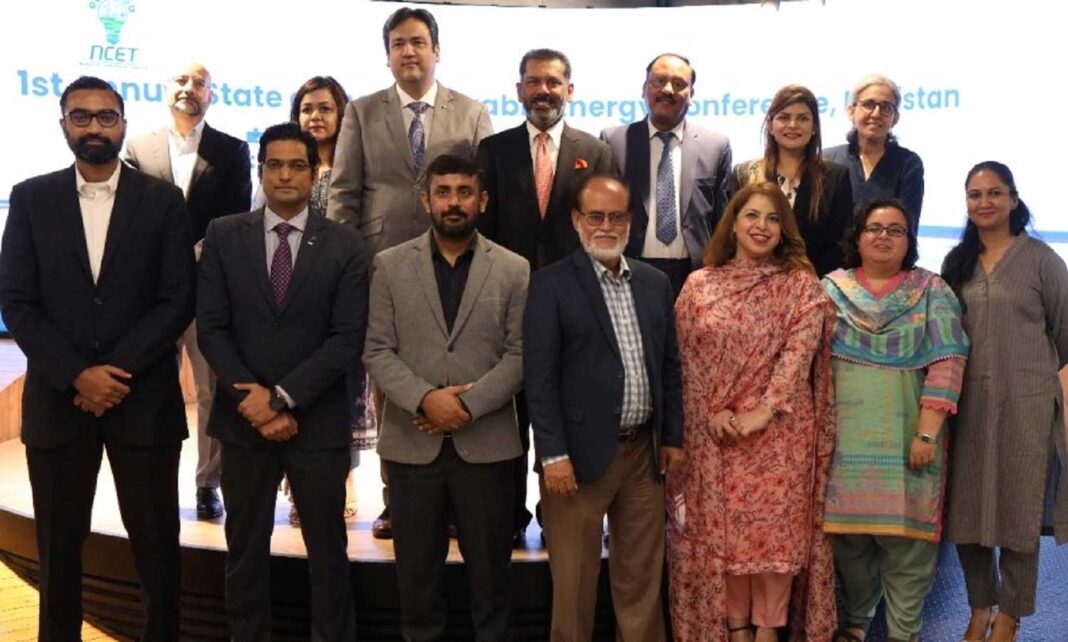 In a press release, Tauseef H. Farooqui, Chairman of NEPRA, said, “The Competitive Trading Bilateral Contracts Market (CTBCM) model is being tested and will be launched in December 2022 to promote renewable energy (RE) in the country.”
He spoke on the second day of the Sustainable Development Policy Institute’s Annual State of Renewable Energy Conference in Karachi. He also said that 239 consumer metres, transmission and dispatch companies, DISCOs, private and public power plants, and DISCOs are being linked together to share input and output data.
He told them that CTBCM is a competitive market model for cheap, clean, renewable energy that lets sellers sell electricity to large groups of consumers no matter where they live. He put a lot of focus on opening up the market, getting rid of preferential subsidies, and making prices and technologies more competitive.
He also said that DISCOs are worried about how CTBCM will change things by bringing in the private sector. He said that DISCO should change because “only the strongest will survive.” But he said that lowering prices for consumers through private companies and new businesses is very important.
The head of NEECA, Dr. Sardar Mohazzam, told the crowd, “The National Energy Efficiency and Conservation Policy has been approved, which will make it easier for people to invest. He said that RE is a promising way to create jobs in many different places and has big effects on the economy and society.
The Deputy Managing Director of NTDC, Muhammad Ayub, told the audience that NTDC has bought land to add 500MW of wind energy and 1000MW of solar energy to the national grid every year in order to meet the 60% RE goal. He said that DISCOs need to know that they need to change in order to stay in business in the current market. He talked about the CSR work that NTDC does by saying that trees are planted in empty spots on every NTDC property and that only local coal is used to make coal power.
Salman Mohiuddin, who works for GoodWe and is in charge of Pakistan, said that the 17% GST and the 3.6% additional tax should be rethought and dropped for imports of RE technology. This would cut costs for businesses, large consumers, and people who buy RE technology for their homes.
Hira Wajahat, a partner at Stimulus, pushed for entrepreneurs and other people with a stake in the energy sector to be involved in policy changes that would affect the whole industry. Pakistan doesn’t have a lot of money, so she suggested that people who sell things and people who make new technologies work together to find new ways to do business.
Sophia Husnain, the CEO of Linked Things, said that inefficient technology on the demand side needs to be fixed and old appliances in homes and businesses need to be replaced to cut down on transmission losses and save more energy.
The person in charge of the Sindh Solar Energy Project, Mehfooz Ahmed Qazi, told the people there about different plans, such as adding 15MW of solar power to public buildings and 400MW of power from solar power plants to the grid. He kept saying that NEPRA needs to start competitive bidding, which is a huge problem for IPPs.
Abdul Hannan, VP of Supply Chain for Unilever Pakistan, said that Unilever had started RE projects to reach its 50% RE goal, which has now been reached. But now they need a new website and new technology, which costs money. He emphasised that CTBCM can help MNCs solve this problem, which is important if they want to reduce their carbon footprint.
CEO of Shams Power, Omer Malik, liked that NEPRA’s CTBCM model made it easier for MNCs with carbon reduction goals to get green investments and made it possible for power companies to add renewable energy to the grid.
MD of SOWITEC Pakistan Zeeshan Ashfaq said that RE isn’t used as much in Pakistan because policies aren’t always the same. He said that the government shouldn’t make new policies but should instead focus on adding capacity to the grid under a single policy.
Omar Haroon, who is the head of strategy and power market development at the CPPA, said that the rise of renewable energy means that DISCOs need to plan and run their businesses differently.
Head of Plant at FFC Energy Ltd., Assadullah Qureshi, said that FFC Energy is a pioneer in that its power plant is run and managed by its own employees. This is because they have trained local engineers and technicians and built up their skill level. He also said that protecting biodiversity is important to FFC Energy and that its sites save water and use it again.
Ahsan Javed, a research fellow at the SAARC Energy Centre, talked about how important it is to look at the effects of CSR activities from a gender perspective, since women are more likely to ask for soft loans. He also suggested giving local communities more technical and educational skills so they could be more involved in running these projects.