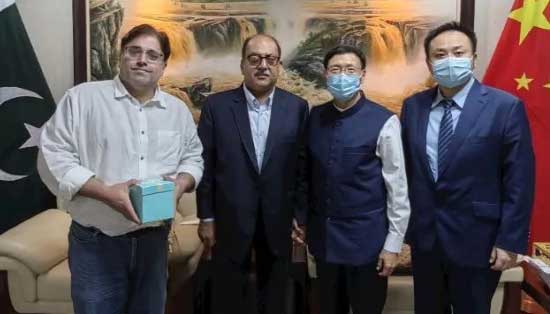 Chinese Consul General in Karachi Li Bijian met with Syed Ali Nawaz Gilani, Secretary General of Pakistan-China Friendship Association in Khyber Province, Pakistan at his request during the reported week.
During the meeting, they exchanged views on China-Pakistan relations, economic and trade cooperation, culture and people-to-people friendly exchanges. Consul Zheng Chao from the Consulate General was also present during the meeting while from business community of Lahore Usman Shahjahan accompanied Gilani.
Li Bijian while talking to Gilani pointed out that China and Pakistan are good partners and true friends who share weal and woe and help each other. The Chinese side sympathizes with Pakistan’s once-in-a-century flood disaster. The Chinese government, the Red Cross and other relevant institutions, the general public, Chinese-funded enterprises in Pakistan, and overseas Chinese have actively assisted Pakistani governments at all levels in fighting floods and disasters, providing a large amount of material and financial assistance, and have also written for the deepening of the traditional friendship between the two peoples. A new chapter.
Li said that the friendship between the two countries lies in the people-to-people friendship, and the people-to-people friendship lies in the heart-to-heart connection. The Consulate-General is willing to work with all walks of life in Pakistan to promote the friendly exchanges between the two countries and consolidate the friendship from generation to generation. Kyrgyzstan thanked China for its valuable assistance in assisting Pakistan in fighting the flood and disaster relief. The selfless assistance of the Chinese government and people once again demonstrated the unbreakable iron friendship between Pakistan and China. Li said that he will continue to be committed to promoting friendly exchanges between the people of Pakistan and China in various fields. 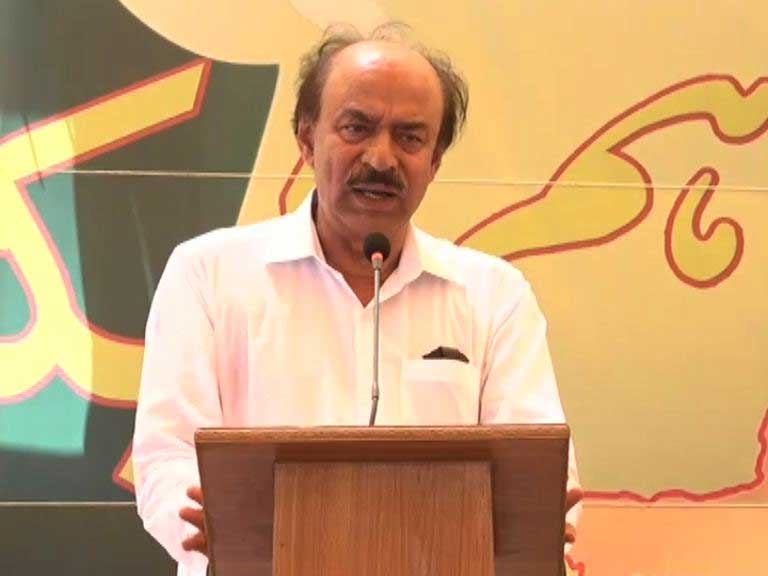 The Sindh government of the Pakistan People’s Party has carried out large-scale development works in all districts of Karachi on a uniform basis, especially in the areas of the city where in the past the PPP didn’t have any elected representatives including MNA, MPA, and councillor.
This was stated by the provincial and Karachi leaders of PPP as they attended a meeting of the People’s Party District Central chapter in the city during the week. The meeting was chaired by PPP Sindh President Senator Nisar Ahmed Khuhro.
The meeting was held to review preparations of the PPP to contest the local government elections to be held in Karachi on October 23.
Senator Khuhro mentioned that candidates of the PPP had got ample time of three months to make preparations for the local government elections in the city.
He hoped that the candidates of the party during all this time should have continued with their public contact drive.
He appreciated the fact that one of the candidates of the PPP had been elected unopposed as councillor from the District Central well before the conduct of the local government polls in the city.
PPP Sindh General Secretary, Waqar Mehdi, mentioned that PPP for contesting the local government polls in certain constituencies of the district had allied with the political parties which are part of the Pakistan Democratic Movement.
Sindh Labour Minister, Saeed Ghani, who is also PPP Karachi President, said the People’s Party had always adhered to its manifesto as its government in Sindh had completed a record number of development works in every area without any discrimination based on religion, sect, or ethnicity.