Corona virus outbreaks around the world, economic collapse and trade deficits are causing economic hardship around the world, but the global economy is still expected to grow rapidly in the coming decades. According to a research report, the global market will double to its current size by 2050. This economic growth will lead to tremendous changes around the world. Most economists agree that the People’s Republic of China will become the world’s economic power. In the recent history of the United Nations, many countries have gone through stages of development, but just as the People’s Republic of China has transformed itself from a regional power to a world power in the last two decades. This is an issue that has puzzled experts around the world. No country in the world, whether pro or anti-China, can deny the fact that China has miraculously made progress.
If you look at the Gross Domestic Product (GDP) of the People’s Republic of China, China has now become the world’s largest economy. The World Bank released an estimate in June projecting China’s GDP growth to hit 8.5 percent for 2021, Economists say Asia’s largest country has grown rapidly over the past two decades, compared to the pace at which China will grow in the coming decades, its growth so far has been like salt in flour. 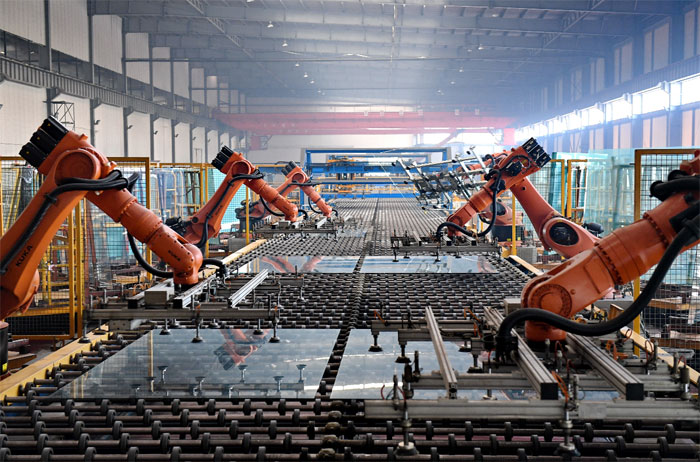 If the secret of China’s miraculous development is to be known, a study of the book “The Governance of China” written by Chinese President Xi Jinping reveals the mystery of why China’s miraculous development was possible. How China has lifted 770 million of its rural citizens out of poverty in just the last 42 years. This in itself is such a great economic miracle that economists around the world are amazed.
China’s position in the global economic, defense and diplomatic spheres over the past few decades can be described as a miracle in the recent history of international relations. An official report said: China is the world’s second largest economy with a per-capital gross national income of more than 10,000 dollars and today it has in foreign exchange reserves is more than 3,000 billion dollars. In the last three years, China has come a long way in economic development.
The People’s Republic of China has eradicated poverty from the country ten years before its set goal and has stunned the world with this miracle. He is also his own example. There is no doubt that China has set an example of governance as well as rule of law. In both cases, not only has China done an excellent job in its own country, but it has also shared its experiences with other countries and provided all possible assistance. As a result of the best strategy and foresight, China has not only effectively overcome the epidemic, but also started economic recovery at the same time. Poverty was eradicated, the Corona epidemic was brought under control and economic recovery was restored, as well as economic and social activities.
According to a British think tank, China will overtake the United States as the world’s largest economy in 2028, at least five years ahead of the agency’s previous estimates. According to the Center for Economic and Business Research (CEBR), the growth of COVID-19 in the coming years will be higher than that of the United States and Europe due to its “expert” handling of the global epidemic. While the global economy is in recession due to the corona virus, Chinese trade has seen a spectacular increase. Official data show that in the first half of 2021, the total value of China’s import and export of goods trade is 18.07 trillion yuan, an increase of 27.1% over the same period last year.
According to a report, the US economy could improve by 1.9% annually between 2022 and 2024 after emerging from the epidemic in 2021. But after that it will decrease to 1.6%.In contrast, China’s economy is projected to grow by 5.7% by 2025 and is expected to grow by 4.5% between 2026 and 2030.According to the report, China’s share of the global economy rose from 3.6 percent in 2000 to 17.8 percent.
Another characteristic of China is that according to economic indicators, the distribution of its GDP is the most appropriate for the population, meaning that the gap between rich and poor is relatively small. In 2006, China’s GDP was 10 times higher than in 1978.In 2005, its exports exceeded its imports by 30 billion. In 2006, China received 70 billion in foreign investment. That same year, China became the world’s largest foreign exchange reserve. Due to rapid growth, the number of people living below the poverty line fell from 53% to only 8% between 1981 and 2001. The 1990s saw a 175% increase in per capita income. Surprisingly, despite such rapid growth, inflation has been kept under control, which fell sharply during 1995-1999.
The People’s Republic of China now stands at the stage of development and successful research, from where a new direction of research and discovery is pointing to new destinations. China has continued its research and exploration journey in space as well as on earth, and in the layers of the oceans, it has taken a step towards new heights by embracing innovation and creativity.
China’s space project in November 2020 is a major step in that direction.”China has launched a spacecraft to the moon to bring back lunar rocks in the first attempt by any nation to retrieve samples from Earth’s natural satellite since the 1970s.China has successfully launched its first unmanned space mission to collect samples from the moon’s surface and return to earth. This is China’s maiden attempt to retrieve materials from an extra-terrestrial body.”After the United States and Russia, China is the third country in the world to collect samples from the moon and bring them back to Earth.
On the other hand, the sub marine like “The Fendouzhe” or ‘Striver’ backed on the surface of the water after successful experiments at a depth of ten thousand meters at sea level. “The “Fendouzhe” descended more than 10,000 meters (about 33,000 feet) into the submarine trench in the western Pacific Ocean with three researchers on board, state broadcaster CCTV said.”
In his congratulatory message on the achievement, Chinese President Xi Jinping said that the preparation and naval testing of the “Striver” is a sign that China is capable of scientific research in the deep sea.It is a testament to China’s comprehensive and full-fledged maritime high-tech capabilities and a new example of technological innovation. There is no doubt that China is developing rapidly in many areas at the same time. It would not be wrong to say that China is a multi-tasker and it is this aspect of China’s policy-making and strategy that has taken China to a new height of development.
The birth of New China on 1st October 1949 was a momentous occasion in the annals of history. Under the leadership of the Communist Party of China, the Chinese people have achieved the centennial goals of building moderately prosperous society in all respects.
We congratulate the people of China on the 72nd anniversary of the founding of the People’s Republic of China and hope that while China is becoming a world super power, it will also take steps for the development and prosperity of poor and developing countries.