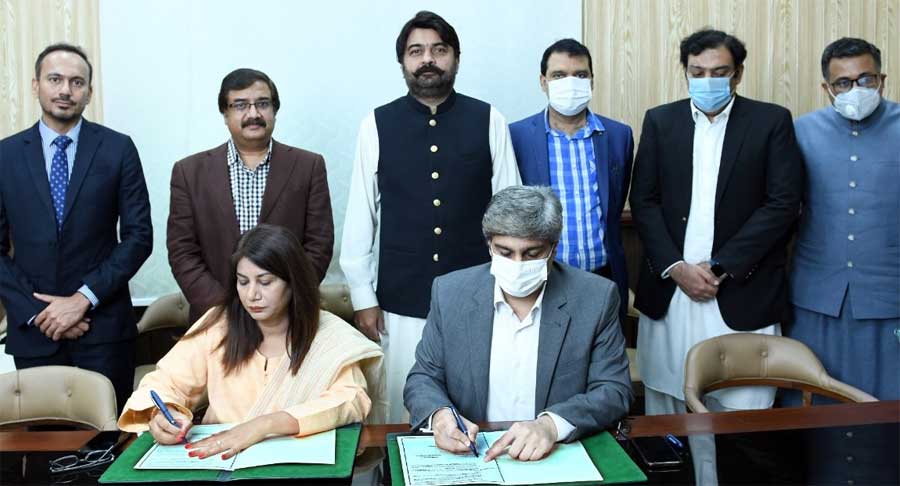 ISLAMABAD: In line with the vision of Prime Minister of Pakistan for promoting Taxation culture in the country, a special signing ceremony of Memorandum of Understanding (MoU) between Higher Education Department, Government of Punjab and Federal Board of Revenue (FBR) was held on Friday at Higher Education Department, Civil Secretariat, Lahore, the FBR spokesman announced here Friday.
The Ceremony was observed by Punjab Provincial Minister Higher Education, Raja Yasir Hamayun Sarfraz and Member FATE and Spokesperson FBR Syed Nadeem Hussain Rizvi. The Memorandum of Understanding was signed by Provincial Secretary, Higher Education Department, Government of Punjab Nadeem Mahbub and Chief FATE Tehmina Aamer.
MoU is aimed to promote tax culture & tax awareness in all educational institutions under Higher Education Department, Government of Punjab. It shall serve to foster positive taxation culture and awareness among students and teachers through different sets of activities, skills and experiential learning for making them responsible citizens.
The training sessions will inculcate among students the significance of paying taxes and how to act the role of identifying tax evasion and reporting to the concerned tax authorities. Federal Board of Revenue will educate and train students and teachers through taxation syllabus, training sessions and seminars.
According to the signed MoU, Higher Education Department, Government of Punjab will provide access to FBR for conduct of training and awareness activities in maximum provincial government educational institutions. This MoU will be applicable for three years.
FBR has decided to launch countrywide awareness sessions through seminars and training sessions to promote tax culture which will help to increase the number of taxpayers and revenue for the country.
Meanwhile, in a first of its kind operation, the Anti Benami Initiative (ABI) Zone-I, Islamabad confiscated a luxury five-door vehicle from a residential premise in the capital. Initial clue to this vehicle’s benami ownership was traced from Excise Office Islamabad Capital Territory.
The suspected benami owner was not enrolled with FBR and upon enquiry he disowned the vehicle and disclosed that he was just a driver whose CNIC was used by the beneficial owner of the vehicle.
After completion of enquiry and investigation, a reference was filed to the Adjudicating Authority which was decided in favor of ABI. Whereabouts of the vehicle were traced to a house in Islamabad which was subsequently searched, and, on 2nd June 2021, the vehicle was confiscated / impounded with the help of local Law Enforcement Agencies (LEAs) under the Benami Transactions Prohibition Act 2017.
In accordance with the directions of the Prime Minister, momentum against benami assets accelerated in June 2019 with the inception of Anti Benami Zones across Pakistan. The three newly created zones, while functioning under the supervision of a Directorate General, have so far filed more than 90 references containing various categories of assets including shares, bank accounts, vehicles, land, and buildings etc. Among them are 33 vehicles which shall be confiscated as soon as these references attain finality under the law.