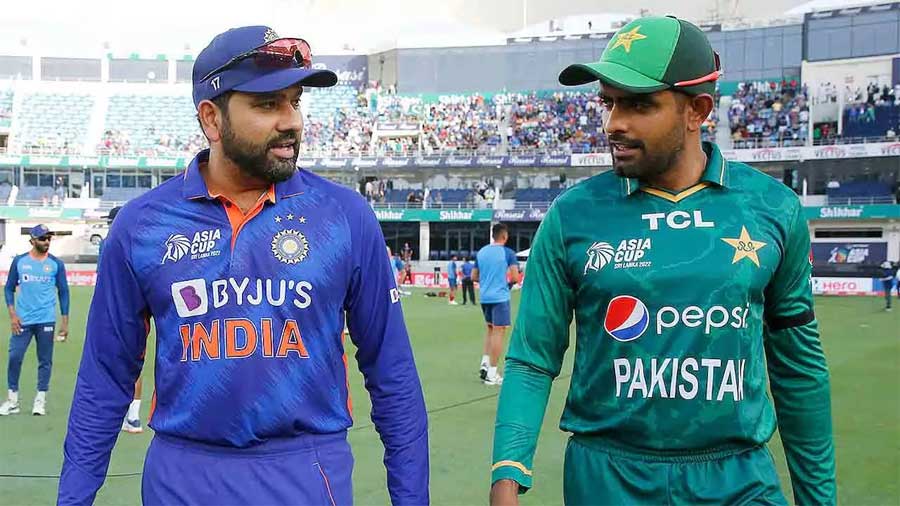 DUBAI: What can happen in cricket on a certain day can easily be understood by the result of the third ODI played between Australia and Zimbabwe in Townsville, Australia on Saturday in which Zimbabwe defeated a strong Australian side by 3 wickets. Zimbabwe first visited Australia in 1992 and this historic victory is the first in 30 years. So, this is the great uncertainty of the game of cricket.
Hence today’s clash between India and Pakistan, second in Asia Cup 2022, cannot be predicted. Both the teams didn’t show any mercy towards Hong Kong’s team and won with big margin indicating they are serious and give no chance to any opponent to dominate them.
India on paper seems to be strong side and also after victory in a close contest in the first match against Pakistan has smooth sailing, but Pakistan against any team can pose threat on a giving day.
Babar Azam’s current form is a bit of concern for the team and it is very important that the skipper should lead from the front. The middle order batters of Pakistan, all big hitters, failed in the last match against India, should rise to the occasion and justify their selection.
Naseem Shah and Haris Rauf suffered cramps in the first match against India this should not be repeated. Their inclusion in this crucial match depends on their fitness level, otherwise Hasan Ali and Mohammad Hasnain can be given a chance. If Mohammad Nawaz who bowled well against India in the first encounter, gets the support of Shadab Khan, the Indian batters will have to be extra cautious.
India has a bunch of good top order batters who didn’t performed according to their potential in the first match against Pakistan, must be gearing up for a good performance. Rohit Sharma and K.L. Rahul have to show that they are world class batters. Spin attack of India is good but Pakistan can score runs at a faster pace against the average pace attack of India.
Both the teams have played several times on the surface at Dubai international Cricket Stadium and are capable of playing in any condition.
It is better to make no predictions because despite any result both the teams can yet again meet in the final of Asia Cup 2022 on 11th September. If it happens, it will be historical.