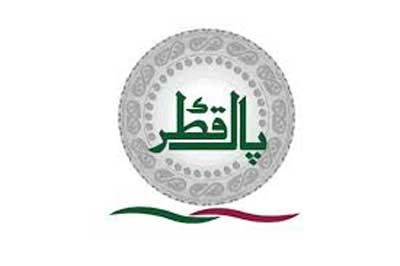 KARACHI: The consumer experience in many organisations in Pakistan is worst, there is no customer service or any staff training in many organisations and even the hierarchy is under qualified for the tasks they’ve been appointed for, a good example would be Pak Qatar Takaful, as they’re continuing this trend of inefficiency and helping and encouraging other non-potential businesses that they’re not alone and they’re not the only one inefficient and Pak Qatar is way above in providing bad customer service to their clients, well I shouldn’t be saying ‘bad’ customer service as I haven’t been contacted by them once, so saying ‘No’ customer service is much suitable here in this case.
As an unfortunate subscriber of their Takaful service, it was the first time I’ve opened a claim with them in a year, while my other car is insured from UBL insurance and an email was generated from the bank my cars are leased from, on 8th June, 2022 to open the claim for both vehicles, an appreciation for UBL that they’ve opened the claim right away appointing the surveyor for my vehicle who contacted me and the next day I’ve got a call from the surveyor of UBL and my car was done for the claim and settlements 2 days after the claim email was sent.
In the same email there was Pak Qatar involved, they didn’t acknowledge first and after my frequent replies to their email regarding updates they appointed a useless surveyor on 16th June (8 days after the email) that too they gave me his number on email so that I’ll have to call him instead of him contacting me. The number of surveyor was provided after 8 days, I’ve been calling on his number many times and he only picked up once and didn’t respond.
I’ve opened Pak Qatar website and their website is also useless that there is no contact available. Somehow I found a number from google and when I contacted them they said it’s not a registered number for Pak Qatar Takaful while it was clearly written it was on the website of Pak Qatar ‘Takaful’. She redirected me to another landline number which got declined after several attempts.
While concerned representative is just replying on email and after my frequent replies contacting the other person to look into the matter who never showed up, they have such a communication gap that even their employees are not listening to each other, well that’s funny and made me laugh imagining the work environment of Pak Qatar.
Poor company probably running itself with one surveyor involved probably and that too who doesn’t pick calls. The claim amount is roughly 5,000/- PKR, I am feeling so sorry for the company that they are delaying and afraid to access the loss of two bumpers paint job that their company would face loss if they access it.
Pak Qatar really needs to improve their staff, train them and if they listen to me, re-staff your whole company and appoint better, loyal and efficient staff who knows how to deal with claims and clients. It’s such a headache that I’ve emailed Bank Islami to cancel my insurance from Pak Qatar and appoint UBL instead.
Pak Qatar Takaful is just eating my monthly subscription and not giving anything in return, if I total the sum till now it is around 70K and they are crying on a claim of 5K only. Such a shame Pak Qatar.