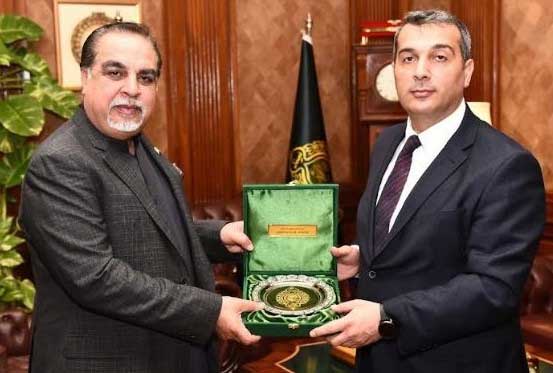 Khazar Farhadov, Ambassador of the Republic of Azerbaijan to Pakistan met with Imran Ismail, the Governor of Sindh, during the week. Expressing his gratitude for the warm welcome, Ambassador Khazar Farhadov talked about the high-level relations between two countries and noted that Azerbaijan and Pakistan have always supported each other both bilaterally and internationally.
Stressing that Azerbaijan is located at the crossroads of East-West, North-South transport and communication corridors, the Ambassador informed about a number of international projects implemented by the Republic of Azerbaijan.
Speaking about Azerbaijan’s economic potential, Farhadov stressed the importance of expanding trade relations between the two countries. In this regard, touching upon the activities of the Azerbaijan-Pakistan Intergovernmental Joint Commission, Farhadov also drew attention to the working groups on energy, transport, information technology, health, banking, youth and tourism under the IJC.
Imran Ismail noted that Azerbaijan and Pakistan are brotherly countries. He also spoke about the importance of further deepening our relations in all areas. Emphasizing the importance of expanding economic and trade relations between the two countries, the Governor also touched upon the importance of intensive and regular mutual visits of delegations of Azerbaijani and Pakistani businessmen. 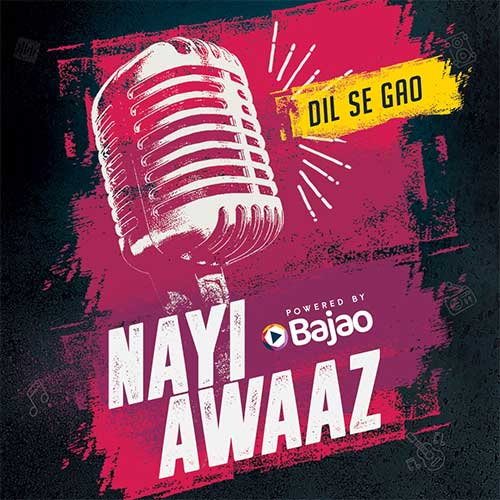 Bajao.Pk, Pakistan’s leading music platform which is dedicated to promoting Pakistani music and artists, has launched its online music competition for Pakistan’s “Nayi Awaaz” during the week.
This competition is a major step towards giving a platform to the undiscovered talents from across the country and show casing the amazing voices that our land is gifted with.
The uber talented Umair Jaswal, will announce the winners at the end of the competition and the competition will be hosted by Yashal Shahid, Bilal Khan, and Abdullah Qureshi. It is sure to be one fun filled competition and we are excited to hear the beautiful tunes coming from every corner of Pakistan.
Along with all the recognition, the winning artist will also get a handsome prize and an amazing opportunity to get their song produced by a renowned music producer. The competition is powered through the social media channels of Bajao.pk. Musicians and vocal artists will upload their songs on dedicated web portal. After an initial screening the videos will be uploaded on the Bajao.pk, Bajao App, Facebook, and Instagram portals. People vote first for the top 10, then top 5, and finally the Top 3 winners of the competition.
Bajao.pk is committed to hosting and promoting music from the region. It takes pride in finding and sharing the rich diversity and talent of Pakistan and working on the principles of inclusivity to ensure everyone is given a platform to share their music and talent for the world to enjoy.
This platform is the answer to all those artists who struggle to get their musical expressions heard and don’t have the influence or social contacts to become part of the mainstream entertainment. Bajao.pk is an equal opportunity platform. 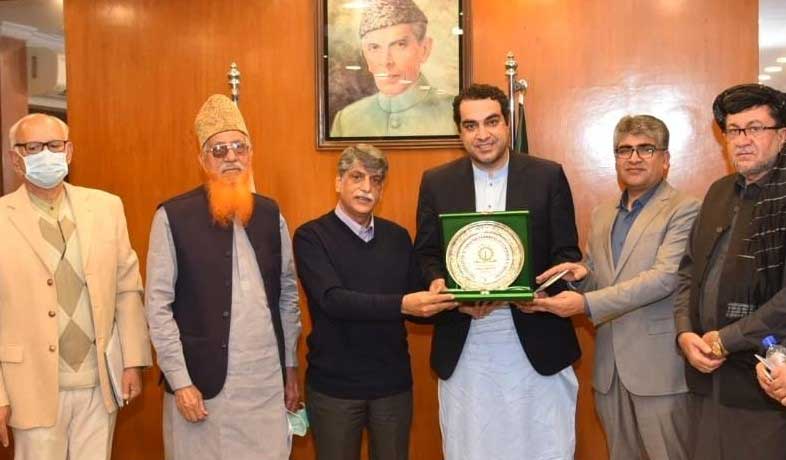 Rafiullah Kakar, Director of high-powered Strategic Planning & Reforms Cell (SPRC) of the Government of Balochistan, has visited FPCCI Headquarters at the Federation House Karachi along with top officials of the cell, during the week. He gave a detailed presentation to the FPCCI officials, office bearers and prominent business leaders.
Kakar said that the Government of Balochistan has an across the board consensus that the way forward for an inclusive, egalitarian, fast-track and sustainable economic & commercial development of the province is only possible through the proven, progressive and world-class mechanism of Public-Private Partnership (PPP); adapted by many countries and have yielded socioeconomic gains the world over.
Engr. M.A. Jabbar, former VP FPCCI, acknowledged that Public-Private Partnership programs can play vital role in not only developing the economic, social and commercial infrastructure; but also by the means of educating and empowering the masses through creating enormous employment opportunities on a continuing basis.
Haji Jamaluddin Achakzai, prominent business personality from Balochistan, demanded that the Government of Balochistan should provide the land for dry ports in the province; specifically in the border areas & border markets for trade with the regional countries.
Haji Muhammad Yaqoob, prominent business leader of SMEs, proposed that the Small & Medium Enterprises (SMEs) should be given preference in Public-Private Partnership projects as they need the most support and are true engines of economic growth and employment generation.
Sultan Rehman, former VP FPCCI, appreciated the enthusiasm, preparedness and attention-to-detail of the SPRC officials. He said that the team has come to the right platform as FPCCI is the representative apex chamber of the entire Pakistan; and, FPCCI will fully support their initiatives and facilitative mechanism being offered to the private-sector.